Back to the Student Stories feature!  In this year’s second post from a returning writer, Tatsuo reports on a summer when he barely stayed still.  Tatsuo is currently pursuing an exchange semester at Sciences Po in Paris.

Last summer, I visited two different types of developing nations: four former Soviet countries in Central Asia and a newly independent country in Southeast Asia.  My experiences in these countries moved me in a lot of ways.

After completing last spring semester, I first traveled to Alaska to visit the Arctic Circle and enjoy the beautiful summer.  Alaska’s natural scenery completely refreshed me.  Then, at the end of May, I joined the Central Asian Leadership Trek organized by the Center for Asia Leadership.  The trekkers were mainly from Harvard schools, but also from other prominent schools including Stanford, Columbia, Sciences Po, and, of course, Fletcher.

During the nearly three-week trek, we traveled through four countries — Tajikistan, Kyrgyzstan, Kazakhstan and Uzbekistan.  Compared with the Israel Trek I joined last spring, this trip had fewer participants, and participants also had to do some workshops or TED-style talks based on their backgrounds and expertise.  Therefore, the participation was more active and we connected with the politicians, entrepreneurs, and students in this region more deeply.

Before traveling to Central Asia, I had some knowledge about the counties I would visit.  All four of the countries became independent from the former Soviet Union 25 years ago.  They also inherited many Soviet remains, including infrastructure and bureaucratic schemes.  Most of them rely on natural resources for economic development, and their economies and societies are under the strong control of and regulation by the public sector. 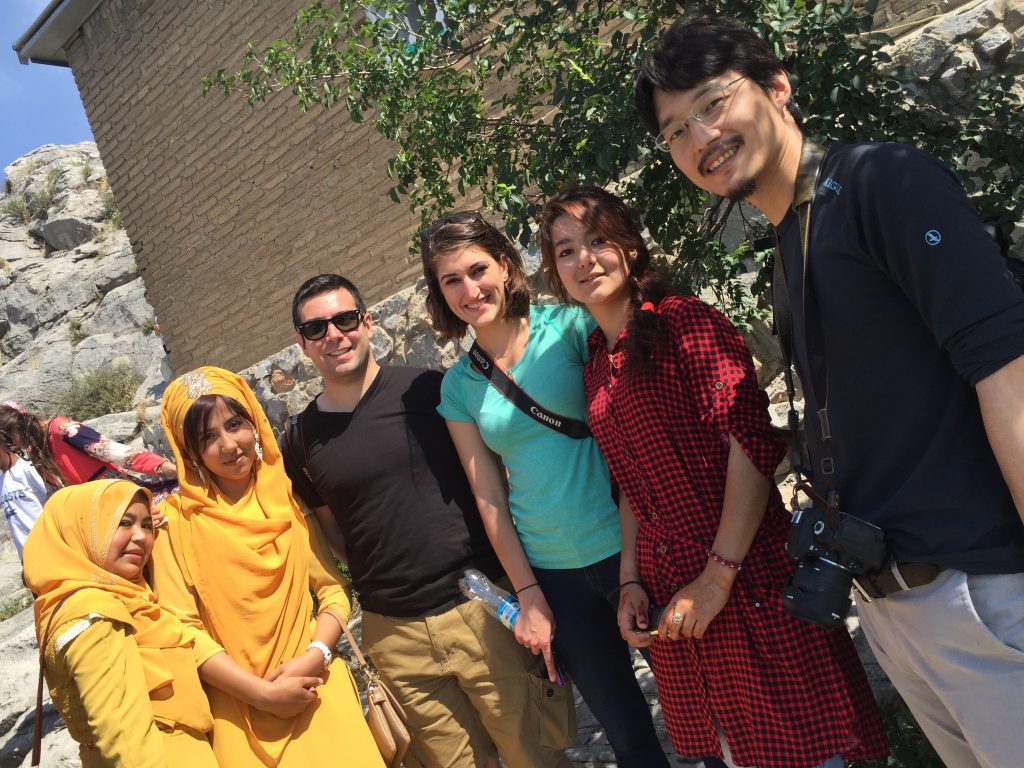 I was surprised, though, to find a lot of diversity among the societies and economies, and their problems and possibilities.

In Tajikistan, I felt the Soviet atmosphere most, but also felt the economic struggle of the country since its independence.  Kyrgyzstan was the most democratic country in the region.  We enjoyed a lot of free discussions with central and local politicians, entrepreneurs, and young students; however, we also saw and heard about the problems related to the unstable, sometimes chaotic political and economic situation.  We found that democracy and freedom of speech might not contribute to economic growth well.  On the other hand, in Kazakhstan, we were surprised by the great infrastructure, well-maintained public services, and developed and modern cities under the authoritarian but stable regime, while we were also afraid that the further growth of the country — which the regime plans and promotes based on an opportunistic estimate a decade ago — might be uncertain in the current global market situation.  Finally, in Uzbekistan, we were impressed by the beautiful historical remains, although we found an ironic contrast between such great tourist places and poor economic conditions, based on primitive agriculture and the chaotic national currency caused by the closed regime.

Talking with people — ranging from the higher levels of the public sector to the local youth — was very meaningful for learning about the realities of these countries that I, like most Japanese, was not so familiar with.  Additionally, as I work on infrastructure and transport policy, learning about the regional infrastructure was greatly useful.  For example, these countries largely rely on the old infrastructure that the former Soviet Union built and maintained.  These plans and networks were not appropriate for the current economic strategies of each country, and some infrastructure, in particular road infrastructure that needs frequent maintenance, was severely deteriorated.  Such a finding will contribute to my future research and policymaking regarding how Japan and the international community can support the region.

As a public sector official, I also felt that the career tracks of public elites in the region were very unclear, unpredictable, and vulnerable.  I thought the people’s distrust for the public sector might derive from the weak and undeveloped recruiting system for public officers.

Last, but not least, the trekkers traveling with me came from a lot of different backgrounds and with different expertise.  Sharing diverse perspectives on the region and discussing with each other made the trek much more special than just a sightseeing trip.

After the thought-provoking trip, I flew from Tashkent, Uzbekistan to Timor-Leste and started an internship with a global NGO, the Asia Foundation, Timor-Leste.

I had two reasons to pursue the internship.  First, I wanted to have an experience in a least-developed environment, and Timor-Leste is one of the Least Developed Countries (LDCs) as recognized by the United Nations.  The other reason was that I could contribute, based on my expertise as a policy-officer, because the Asia Foundation is a policy-oriented NGO. 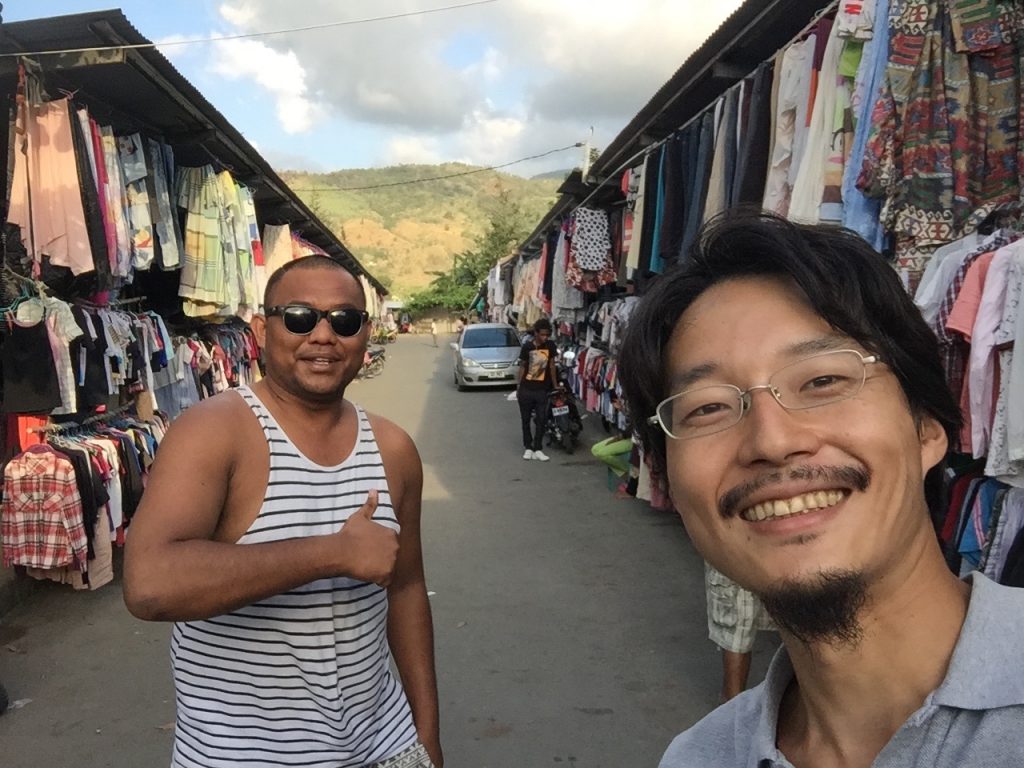 In Timor-Leste, I mainly researched the public transport sector, particularly the aviation sector, which was receiving little attention.  I struggled to research without basic statistics, institutional information — including the fundamental laws and regulations — or implementing capacity.  No local officers understood their tasks clearly.  No regulations actually worked.  No one knew who could tell me about something I wanted to know.  However, this chaotic and underdeveloped situation taught me about practical issues and challenges of today’s development studies.

In thinking about what we could do for the economic development and economic diversification of the country under such difficult conditions, I considered very basic questions for a public officer, an elite bureaucrat, and a person from a developed country: What is infrastructure?  What is public transport?  What is bureaucracy?  And, What is a country?

During the two months, the deputy country representative and Fletcher alumnus, Todd Wassel, F06, and other helpful staff allowed me to research my field of interest freely in the very supportive environment of the office.  I also used the resources of the NGO, including government contacts and visits to local districts.  With that support, I was very satisfied with my internship, although two months was still too short to learn about the small but very diverse country. 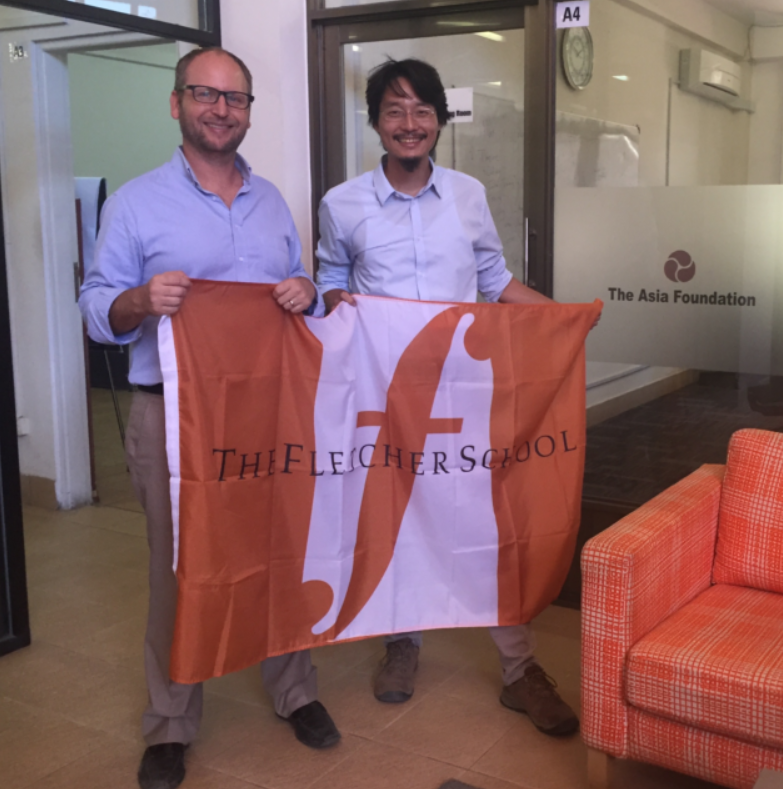 It was also meaningful that I could compare this “least developed country” with other developing nations after visiting Central Asia.  I know that there are many problems in such a struggling country, such as corruption and the lack of capacity in the public sector, the lack of economic and financial policies including a currency, dependence on importing goods, noncompetitive local industries, and even confusion over establishing an official language under great linguistic diversity.  These problems cannot be solved in the short term.  On the other hand, my experience of interviewing and making visits to the field showed me that public sector experts — those who take care of basic bureaucratic work in their developed home countries — must be playing a necessary role.  People who work to regulate an industry, operate an agency, or manage a government should join the field of international development, because how the public sector works and develops can benefit from the advice of experts who actually have experience doing it.  It was very thought-provoking for me, coming from one of the biggest and strongest public sectors in the world and studying international development.

Before the summer, I felt that a three-month break would be very long.  (When I worked in Japan, my summer break was less than a week…)  But last summer, I visited a lot of towns, regions, and countries, met many and varied people, faced a lot of troubles and fun, and learned a lot of things.  Now, the summer has flown, and my fall semester in Paris has begun.  I actually feel this summer was very short.