You’ll recall that a group of Fletcher students joined the climate discussions in Morocco earlier this month.  The Tufts Institute of the Environment asked a few of these delegates to write about their experience.  Here are two reports from second-year MALD students. 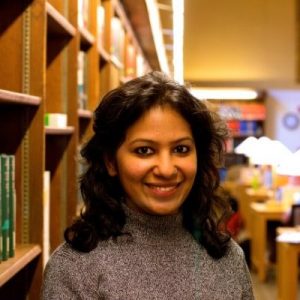 I am a second-year MALD student interested in international environment resource policy and climate change. While at COP22 in Morocco, I had the opportunity to attend several interesting discussions seeking to scale up renewable energy deployment and meet the 2-degree target if not the more ambitious 1.5 degree. This is in no way enough, and should be necessarily supplemented by the controversial phasing out of fossil fuels. The fossil fuel industry is one of the most powerful industries in the world and has an existential stake at COP22. They are also the party that has a huge role to play in workers’ welfare.

At the “Fossil fuel supply and climate policy: Key steps to enhance ambition” side event jointly organised by Stockholm Environment Institute, Overseas Development Institute and Oil Change International, the speakers brought to light important research in the field of fossil fuels. They all stressed the importance of immediate action aimed at reducing carbon intensive lifestyles. It was stressed that if efforts are not made now, the world will lock in an even more heavily carbon intensive lifestyle thereby implying that the death of fossil fuels is certain. There is no greening of fossil fuel but only a complete phase out that will affect any change for climate.

Combustion of coal from federal lands accounts for more than 57 percent of all emissions from fossil-fuel production on federal lands. The Obama administration earlier this year ordered a moratorium on new leases for coal mined from federal lands which was heavily criticized by the fossil fuel industry and the Republicans. Expectedly this moratorium will be removed by the new administration.  China also placed a moratorium which most of the analysts believe is due to noncompetitive nature of coal than climate change.

Greg Muttitt, Senior Campaign Advisor, Oil Change International said that it’s necessary to affect a managed decline of fossil fuel which must be complemented by rapid increase in renewable energy production.  What wasn’t discussed was the need to reduce consumption as well. Behavioral change is the toughest to effect but forms an important component for responsible energy use. The Indian pavilion at COP22 can be credited to bring the theme of sustainable lifestyle to the fore. Indian Minister of Environment, Forest and Climate Change, Mr. Anil Madhav Dave opined that it’s important to adopt sustainable practices to battle climate change. In another side event organized by India, stress was placed on the importance of education that has a transformative role to play for climate action. Education, formal and informal will form the bedrock of informed choices that consumers will have to take to tackle climate change.

As discussed above, the need is to implement several measures simultaneously at the individual, national and international level to combat this catastrophe. At this point it is crucial to reiterate the need for a just transition because there will be winners and losers and inclusivity demands that nobody is left behind! Transition must take place without crippling development. Brian Kohler, Director for sustainability, Industrial Global Union spoke about the areas to be addressed for just transition from the perspective of workers with a focus on sustainable industrial policy, social protection and labor adjustments.

The road ahead requires robust data on vulnerable workers disaggregated by gender, age, skillsets, personal needs and requirements and education that would prove useful. Important questions need to be posed and answered like what kind of training and education do the workers need to undergo? How will they be trained? Is there chance of displacement? Would just transition conditions delay climate action? How would fossil fuel industry transition? A transitionary program  needs to be implemented to provide the workforce with education, skills, finance and whatever help they need in the interim. Lessons from the reconstruction of Germany after the fall of the Berlin wall could be the starting point of research for a sustainable future for everyone.

And finally addressing the question of whether the fossil fuel interests should be at the heart of the discussion of their future at COP22. In the past fossil fuel interests have lobbied heavily against any productive action against climate action and has also funded researchers and think tanks to come up with a counter discourse. But would that apprehension be enough to cut them off from the discussion? Important lessons were learned when the tobacco industry lobbied against WHO Framework Convention on Tobacco Control (FCTC). The lesson was in the form of Article 5.3 of this Convention that recognized the conflicting interest with tobacco industry and thereby limited its engagement and influence. This Article also prohibited accepting any funds from the tobacco industry. There are a number of opinions online which advocate similar provisions under UNFCCC for the same purpose. Last year, outrage was expressed at COP21 being financed by heavy polluters but the justification was need based as green companies did not have enough capital to fund the conference.

There are conflicting opinions shared by governments and civil societies about their inclusion in the negotiations for reasons of conflict of interest and on the other side openness and transparency.  World Coal Association and many coal oil and gas industries ride the backs of Business Associations and Council to get an entry to many negotiations. Currently their observer status batch does not allow them to attend most of the sensitive negotiations but is that an effective check on the power of these lobbies? Sovereign states are well within their rights to make them a part of their party delegation that gets them access to all negotiations. Saudi Aramco is heavily represented in the Saudi Arabia delegation. Therefore, only time will tell how much cooperation or disruption they cause.

Considering we need a dialogue with all stakeholders to craft solutions for the future, it is important that we refrain from forming an echo chamber where fossil fuel industry is not included. This may prevent them from lobbying to get their way with governments in clandestine way. 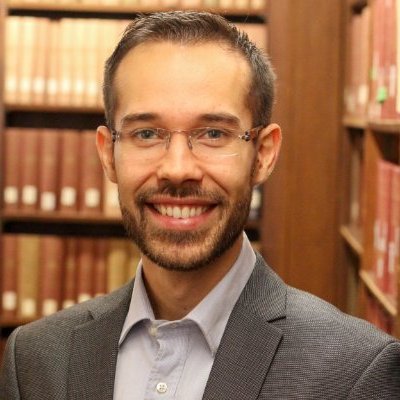 At The Fletcher School I am concentrating in international energy and environmental policy with a special focus on climate policy. Before Fletcher I worked for Sustainlabour, an international foundation that works with trade unions all around the world in sustainable development issues. As part of this work I actively participated at COP20 in Lima, the round of negotiations that laid the foundation for the Paris Agreement next year at COP21. At COP20 we mobilize and worked with Peruvian’s trade unions to take a leading role amongst civil society actors participating at the negotiations in Lima.

During last summer, I worked as an intern for the United Nations Global Compact’s Climate Team in New York. The UN Global Compact climate team closely works with businesses all over the world helping them to take climate action. Today I keep collaborating with them through my Capstone Project at Fletcher. I am producing for them a research paper on the role of the private sector in the implementation of the Nationally Determined Contributions (NDCs) submitted by the countries in the context of the Paris Agreement.

In this regard, attending COP 22 has constituted a great opportunity for advancing my research. More than closely following the actual negotiations, I was more interested in attending different side events addressing the link between non-state actors climate actions and the NDCs and the Paris Agreement. The presentations by different experts in the field at these side events provided me with insightful and valuable information and direction for my research.  Furthermore, my attending the conference granted me the opportunity to personally interview some of these experts. Interestingly, one of the persons that I ended up interviewing and whose contribution was most valuable for my research was not among my initially targeted experts. I met her by total chance at one of the events I was attending. She was in the public, like me, and I noticed her when she asked a question during the Q&A directly related with my research, a question that I was going to ask!