Today’s update from the Class of 2012 is special in many ways.  First, it has been written jointly by two MALD graduates, Aaron Morris and Ho-Ming So Denduangrudee.  Second, Ho-Ming sent it along only a few days after bringing a new baby into their family.  Third, Ho-Ming and Aaron make up one of the first Fletcher Couples I featured on the blog.  Finally, as a first-year student, Ho-Ming wrote about her long path to Fletcher. 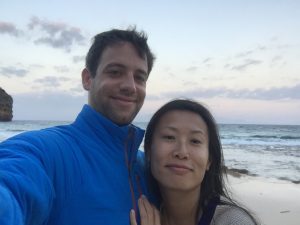 We met on the first day of orientation and were on seemingly different tracks: Aaron was a development economics/security studies MALD and eventually became an advisee of Professor Block; Ho-Ming went to Fletcher to study human rights with Professor Hannum, who had previously taught one of her early mentors at the UN.  At Fletcher, we were constantly challenged to work on and be exposed to topics beyond the scope of our respective foci, whether by each other or by our peers, professors, the curriculum, or the institution.  We quickly learned there are no silos in our interrelated world, and a Fletcher education continually underscores this.  Some horizon-broadening moments were more trying than others — for instance, that semester when Aaron convinced Ho-Ming that taking Professor Jacque’s Corporate Finance class would be a great idea.  It is a great idea.  There may be some tears and terror alongside learning, but it is worth it.  (Opposite of a pro tip: if you actively try to avoid eye contact, rest assured, Professor Jacques will call on you.) 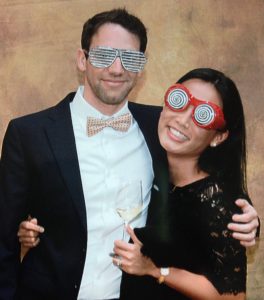 After graduation, Aaron took a job in Jakarta with the ASEAN basketball league in business development and strategy, and Ho-Ming signed on to work on indigenous rights and sustainable development as part of a United Nations forestry initiative.  In four wonderful years in Indonesia, Aaron ended up taking a job as a management consultant at Bain & Co., and Ho-Ming returned to community-based work through the Samdhana Institute.

Our Fletcher roots continue to manifest throughout our careers and lives.  While Ho-Ming was at the UN, Professor Moomaw facilitated key introductions to support the Government of Indonesia delegation during global climate change COPs, Fletcher alumni and students joined us as colleagues at various moments in our respective careers, alumni were generous with sharing their networks and many became close friends.  We even managed to expand the community in a small way, when a dear colleague and friend opted to attend Fletcher for a mid-career MA.  We were fortunate to be able to attend his graduation in Medford, which coincided with our five year reunion.

We are currently located in San Francisco, prompted by an internal transfer opportunity through Aaron’s work.  Ho-Ming has kept a foot in Southeast Asia, building fun partnerships, including this one one linking the outdoor industry, climbing, and an incredible indigenous activist/regional MP to pilot ecotourism and support indigenous tenure security in remote Eastern Indonesia.  She’s recently taken on a new position strengthening institutional partnerships at Build Change, a social enterprise focused on enhancing disaster resilience and recovery for low income neighborhoods in emerging markets.

Fletcher expanded our horizons and imbued in us a truly interconnected perspective on the world.  On the macro policy and industry level, this has been invaluable.  On a civic and personal level, particularly in divisive times, we are grateful that Fletcher taught us — above all — to listen and always be mindful of a bigger picture.  We might not always agree, but Fletcher has emphasized to us the importance of trying to understand.  As partners, as parents, we strive to serve as resources for each other and, we hope, a wider community that bridges industries, nationalities, and worldviews.  At Fletcher, we were given the tools to foster similarities that drive all of us, to strengthen the connections between us and, not least, to be thoughtful and reflective — to engage and look for ways to be inclusive, share responsibilities. and be thoughtful about how we can create a better world.