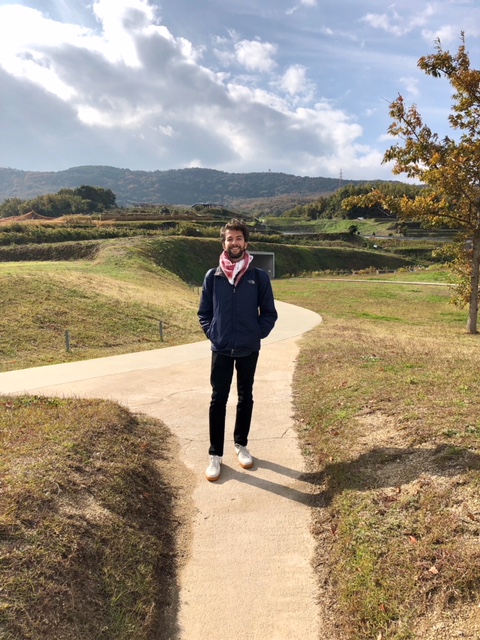 My path to Fletcher was fairly convoluted.  My first job out of college was in the Boston area at an economic policy consulting firm.  The job was mainly focused on economic issues around infrastructure development in the U.S.  As a kid I️ grew up in a few different countries and I️ really wanted work that would let me travel internationally as much as possible.  For the longest time I️ thought that would mean getting an MBA and finding a job as a management consultant or the like.  That was until a friend told me about International Relations as a degree and, after doing some research, I️ found out about Fletcher.

I had developed a quantitative background during college and my job.  When I started at Fletcher, I found that taking theoretical and qualitative classes on subjects I️ had never studied before was a lot harder than I️ had initially anticipated.  However the experience was definitely made easier by the professors and my fellow Fletcher students, who were a lot of help during that time.  I️ was lucky enough to get into Professor Everett’s petroleum class in my first semester, which I️ have to say was a definite life-changer for me.  I️ had known that I️ wanted to go into the field of energy post-Fletcher, but I️ wasn’t sure doing what/where — that class definitely helped make that decision for me.

My experience in the petroleum class solidified my belief that international energy was a space rife with interesting issues and it would be an interesting path to follow as a career.  What I️ learned in that class and others in the environmental concentration is content and skills that I️ still use to this day.  In hindsight, I️ also have to say that the classes I️ took outside of the environmental stream, like Professor Trachtman’s law class, were also very helpful.

As an aside, I️ want to point out that my extracurricular activities at Fletcher included hosting Fletcher Follies, and the experience of making light of often serious issues showed me a side of Fletcher that I️ hadn’t previously experienced.  I️t was a transformational and extremely fun experience.

Between my two years at Fletcher, I️ interned at a small consulting firm in Washington, DC that specialized in political risk and energy.  Then, after graduating, I got a job with a few colleagues from that firm who left to start their own practice in New York.

As a member of a small team, right out of grad school, I️ had significant responsibility for what I️ was working on.  This involved a lot of client sales and conferences along with actual research and presentations.  We were dealing with global energy issues where I️ got to travel to a number of very interesting places and deal with some extremely interesting problems.  These spanned the spectrum from corruption issues in Brazil to the opening up of the Iranian oil sector.

In 2015, after three years in that job, I got an opportunity to expand my energy work and go into the field of equity research for the energy sector at Bernstein, where I️ am presently.  Today I️ work on stock pricing in the energy sector — my team is responsible for setting a price for energy stocks that many investors trade off of.  In addition, about half my time is spent answering investor questions about various global and local issues that could potentially affect commodity and stock prices.  These topics can span anything that might directly or indirectly cause changes in the energy markets, which makes the job both very interesting and challenging.  I️ need to talk about what is happening with scud missiles falling in Saudi Arabia in the same conversation as the EPA’s clean air rules.  Many of these topics remain those about which I️ learned to form opinions in my classes at Fletcher.

The one thing that I️ do regret to this day is not taking the corporate finance classes with Professor Jacque.  Being in a finance job was not something that I️ had ever wanted or worked towards, but it definitely took me longer to learn the ropes because I️ didn’t have a background in finance.  In hindsight, I️ think the corporate finance classes would have been very helpful and I️ would recommend them highly to anyone who is still at Fletcher.  You never know when you might need them!

I️ have kept in touch with quite a few Fletcher friends who have been invaluable in both my professional and personal growth and being in New York has given me a real appreciation of Fletcher connections.  I️t is also incredible how many Fletcher graduates I️ have run into in countries around the world, whether I️ am visiting for fun or for work.