Continuing an annual tradition, it’s Valentine’s Day, which calls for stories of Fletcher couples.  I hope you’ll enjoy reading about these eight alumni who gained more than an education from their Fletcher experience. ♥

Eric, F95, and Caroline, F95
We were both dating other people our first year at Fletcher.  One of us was unceremoniously dumped at the end of that year, the other nearby with soothing words.  Those soothing words continued all summer by phone with Eric in DC and Caroline at Middlebury.  Feelings intensified when reunited in Medford that fall, with the minor issue of one outside relationship still in the mix.  Awkwardness was averted by hiding behind study dates that were almost always followed by dinner.  When the issue finally came to the fore, Eric asked Caroline, “Why are you afraid of trying this?”  Her answer: “Because it might work.”  Dating ensued.  MALDs were minted with no jobs in sight.  Caroline went to Philly, Eric to Chicago.  We reunited for a Fletcher classmate’s wedding, at which point another Fletcher classmate told us to choose to be together.  Engagement followed, though the engagement ring was quickly returned in favor of two tickets to Hong Kong, where we worked, lived, and had two daughters over eight years.  We’ve now been together 24 years, married almost 21.  We’re happily settled in Seattle and about to send our oldest daughter off to college.  How time flies!

Cass, F16, and Matheus, F16
We met at the New York Career Trip student/alumni reception.  After a few months, Matheus asked Cass on a date during Americana Night and she agreed after watching his performance on guitar.  We were married in Manhattan at New York City Hall with a handful of friends, totally impromptu.  We still wear the wedding bands that we ordered with same-day delivery from Amazon Prime, and we celebrated our first wedding anniversary at our Fletcher graduation together. 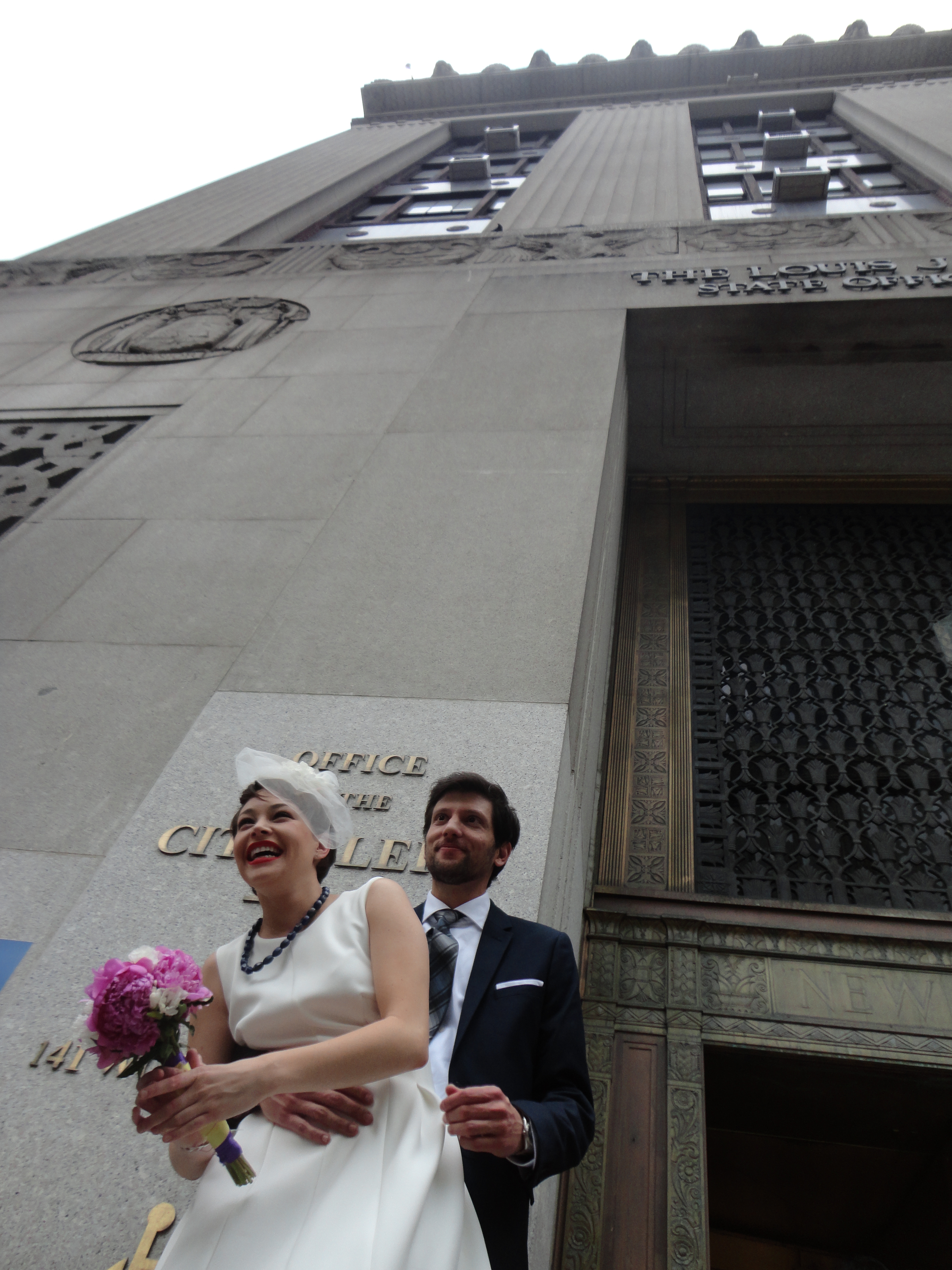 Sarah, F10, and Trevor, F11
Sarah and Trevor first met at Fletcher in 2010, and quickly bonded over their shared love of single malt Scotch and Professor Glennon’s classes.  In 2014, they made it official at a small wedding at a Virginia winery, attended by Fletcher friends from around the globe.  The couple make their home with their pup Diesel in Washington, DC, where Sarah is a Lead Associate at Booz Allen Hamilton and Trevor is the Deputy Head of Policy for the DC office of the International Committee of the Red Cross.  They enjoy travel, hiking with Diesel, hanging out with their fellow Fletcher alums in DC, and trying not to be too anxious about the state of the world. 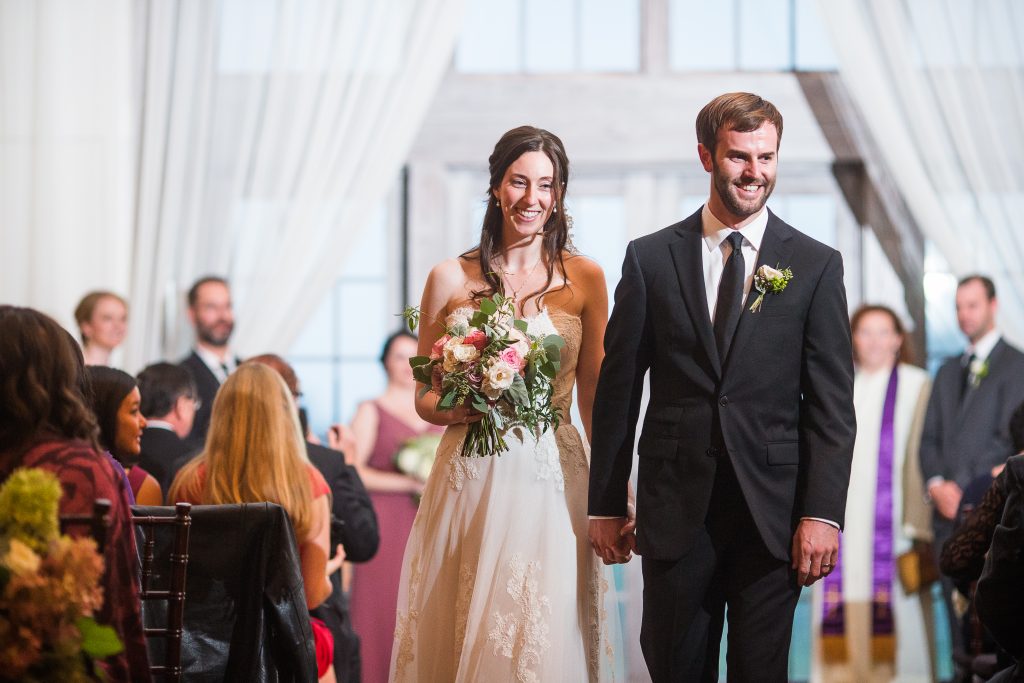 Mary, F88, and Jim, F87, FG89
Fall 1986: Mary arrives at Fletcher as a new first year.  Settling into the dorm, she keeps meeting second-year students who say: “Oh, you were in the Peace Corps?  You’re interested in Students for Development Studies?  You should meet Jim!”  Jim returns from a summer internship in Somalia, reconnecting with friends who keep saying: “Hey, there’s a new first-year student you have to meet — her name’s Mary!”  And so we were matched before we met.  Turns out we had lots more in common than met the eye: similar family backgrounds and deeper values, etc.  A year later, we’d been married and welcomed Baby Aaron into our family in Blakeley Hall, where we had taken the job of resident directors.  Diapers before diplomas!  The Fletcher community was so warm and welcoming; our memories from those days are precious.  We headed to Washington, DC with degrees in hand, and Baby #2 on the way.  Since then, we’ve lived and worked in Thailand, Jerusalem (where #3 son was born), Croatia, and Vietnam, having wonderful family adventures along with great professional experiences.  Both of us still work in international development, currently living at home base in the DC area, where we continue to treasure Fletcher friendships as much as ever. 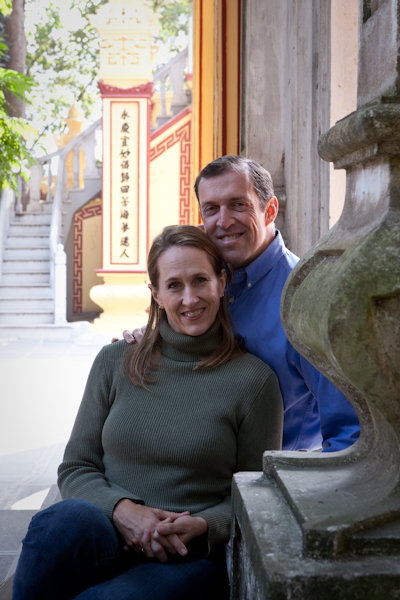