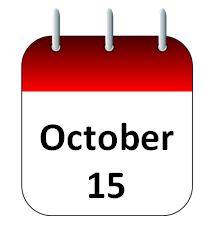 The arrival of late September in the Admissions Office can only mean one thing: it’s time to think about January! Admissions is a deadline-driven business, and we have an important one approaching. October 15 is the date by which applicants for January 2019 enrollment need to submit application materials. This one has a tendency to sneak up on everyone. Relative to the fall enrolling class, our annual group of “Januarians” is small (usually a few dozen students), and as such the application and enrollment period for them is quite compressed. With a mid-October application deadline, we expect to release admissions decisions for these candidates in early November, and to receive enrollment decisions from them by the end of that month. There’s a lot that needs to happen in just a handful of weeks.

Other than being known by that sobriquet, prospective Januarians shouldn’t fear that spring enrollment will set them apart in any major way, or somehow marginalize them at Fletcher (and, to answer a common question, both the admissions and scholarship processes for January applicants work the same as during the fall enrollment application cycle). Jessica has effectively laid out the key distinctions of January enrollment previously: you’ll proceed through some areas of the curriculum in a slightly different order, and have two summer breaks at your disposal to pursue internships, field research, language study, or whatever other opportunity may come your way. During my own student days at Fletcher, I rarely even knew who the Januarians were, so seamlessly did they blend into the student community after a few hectic weeks at the start of the spring semester. You’ll know your own cohort, though, and most Januarian classes share something of a special bond, having started Fletcher in the context of a much smaller group of new students. Are there secret handshakes, code words, or cryptic runes hidden around the building, intelligible solely to this select group of students? Only Januarians can say for sure.

The hope here is that you’re already well on your way to completing the application if you’re planning to apply for January 2019 enrollment. Now would be a good time to check in with recommenders who have yet to submit their letters, and to lay out a timeline to put the finishing touches on your application essays. Of course you’ve already taken your standardized tests, or at least have a test date scheduled, right? Right? You should also definitely schedule an interview if you haven’t already done so. While there are currently a good chunk of available slots between now and October 15, they’re being gobbled up quickly, so move fast.

We always look forward to our January application deadline. At this time of year it’s been a while since we’ve read applications in significant numbers, and it’s fun to start getting to know new potential Fletcher students in smaller batches, before the first wave of applications for Fall 2019 enrollment arrives. Future Januarians, we’ll anticipate welcoming you to Fletcher in person in just a few short months!