One of the many pleasures of the start of the academic year is the crew of Graduate Assistants (GAs) who join our office. They provide crucial support to the many projects we work on throughout the year, and we’d have a tough time staying afloat without their efforts. It’s also gratifying for us to get to know these Fletcher students well, and to stay that much more abreast of what’s happening in the student community by virtue of having them as members of our team. Some blog readers may also feel like they come to know our GAs; if you contact our office, it’s likely one of them who will answer your initial call or respond to your email. We’re excited to have second-year students John and Cece returning to the office this year, and to have first-year students John and Madhuri joining them. I’ll let these folks introduce themselves to our readers: 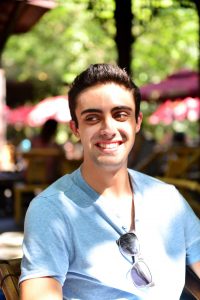 John: Hello everyone!  I am a second-year MALD student concentrating on Human Security and International Organizations.  Originally from San Antonio, Texas, I moved to Nashville, Tennessee to study at Vanderbilt University where I received a BA in Public Policy Studies and a minor in French.  As a student, I was able to study abroad in southern France for a semester which first piqued my interest in exploring international affairs.  While writing my senior capstone, I had the opportunity to work with local refugee communities in examining how they resolved intra- and inter-community conflict.

After graduating in 2014, I applied to volunteer with the Peace Corps where I served as an English teacher at a university in southwest China.  I really enjoyed working with my students and colleagues, not only in improving their English, but in sharing differing worldviews, trying new foods, and cultivating meaningful relationships.  In addition to teaching spoken English, I helped my department run speech contests, host international studies conferences, and even win a few relay races.  I also collaborated with my counterparts to introduce a creative writing competition and other cultural events that gave the members in my community the opportunity to engage with each other in an informal learning environment!  It was both my experience in China and my time volunteering with resettled refugee communities that brought me here to Fletcher.

At Fletcher, I have focused my coursework on issues of migration and forced displacement. I spent the last summer in Lebanon performing a systems analysis of healthcare distribution in Tripoli, Lebanon and examining discrepancies that existed between host and refugee populations. In addition to working at the Office of Admissions, I am also helping to organize this year’s Conference on Gender and International Affairs and Asia Culture Night, as well as participating in the RPCVs group and Pride @ Fletcher. In my free time, I love to travel, practice yoga, and bullet journal.  I look forward to connecting with you and answering any of your questions about the admissions process and life at Fletcher! 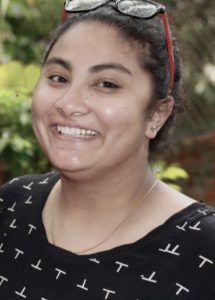 Cece: Namaste!  My name is Cecelia Rana, more popularly called Cece by friends, family, and colleagues.  I am a second-year international student from Nepal doing the MALD program here at Fletcher.  Prior to Fletcher, I was at Clark University where I got my undergraduate degree in International Relations and Economics.

Having grown up in a country that suffered a ten-year long civil war and ever changing political landscape, I became very interested in exploring the nature and processes of political conflict, specifically in relation to information and communication channels through the years. With this interest, I am focusing specifically at understanding conflict through an ICT lens at Fletcher.

I am a curious, adventure-loving individual with varied interests that range from world politics, films, music, and nature/culture exploration.  I have developed a diverse set of professional experiences through the years which include working for several international and local organizations including the United Nations (UNRCPD), AmeriCares, and ChildReach Nepal.  This summer, I interned at Search for Common Ground, an international peacebuilding organization working to addressing violent conflict around the world through mediums such as the media and the local community. I have a keen interest in filmmaking and always look forward to using visual/audio mediums to share stories with a purpose. I also serve as a Research Assistant at the Fares Center for Mediterranean Studies at Fletcher where I produce videos and podcasts of events taking place through the year.

I look forward to sharing my Fletcher experience! 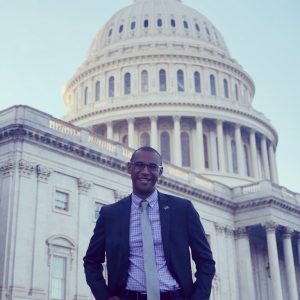 John: Hello future Fletcherites! I am a first-year MALD student, pursuing the International Security Studies, as well as the International Negotiation and Conflict-Resolution Fields of Study. Originally from Reading, PA (same hometown as Taylor Swift), I moved to Pittsburgh, PA to attend Duquesne University, where I studied History and International Relations, focusing on U.S. foreign policy and security studies.

After completing my bachelor’s degree in 2016, I committed to Fletcher’s Map Your Future Program (shameless plug), where I had the opportunity to acquire real-world work experience before starting at Fletcher! I started working at the U.S. Department of State’s National Foreign Affairs Training Center, supporting the Ambassadorial Seminar in the Leadership and Management School. I had the opportunity to assist ambassadorial nominees as they prepared for their ambassadorship. After a year, I moved over to the policy side of the State Department and worked as Regional Coordinator for the Office of Weapons of Mass Destruction Terrorism. In this role I was involved in projects in Africa and Southeast Asia. After earning all my air miles and working overseas, I developed an interest in the U.S. Foreign Service. In 2018, I was selected as a Charles B. Rangel International Affairs Fellow. As a Rangel Fellow, I will join the U.S. Foreign Service as a political officer in summer 2020. I look forward to representing and serving my country overseas at U.S. embassies!

At Fletcher, I am excited to be a part of this team at the Office of Admissions and look forward to answering any questions you may have to help you navigate through the graduate school research and application process! Cheers! 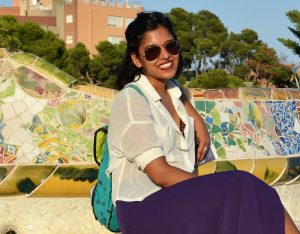 Madhuri: Hello everyone! I’m Madhuri, a first year MIB student from India focusing on Strategic Management and International Consultancy as well as Development Economics. Originally from New Delhi where I completed my BA in Economics from University of Delhi, I then moved to Kerala for my Masters in Business Administration, and later lived in Bangalore and Mumbai and worked in investment banking. Over the last couple of years I also got extensively involved as a volunteer teacher and mentor with several non-profit organizations in India, focusing mainly on providing better access to quality education to children (especially girls) from historically underrepresented sections of society. I have had the opportunity to travel extensively across Asia and Western Europe and see first-hand how similar problems are dealt with in different societies and political systems. These experiences coalesced together and drove my decision to come to Fletcher to understand how the private sector can step in and help governments provide better access to services and infrastructure.

This year I am looking at getting involved with a couple of groups on campus including the Fletcher Social Investment Group, MNIIT (MBA Impact investment & Training) team, the Fletcher Consulting Group, and the International Business Club. In my free time I love to go for runs (as long as the weather permits!), read, and bullet journal. I look forward to connecting with you and answering any questions you have about the admissions process and life at Fletcher!