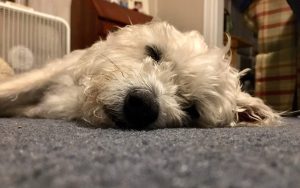 Blog readers by this point are surely aware of the upcoming application deadline for Early Notification (EN) consideration. The fact that November 15 – a mere ten days from now – is the date to remember for those planning to get their applications together for early evaluation is, I assume, common knowledge that needs no further belaboring. Even Murray, this blog’s official Minister of Deadline and Other Action Item Reminders, is pretty tapped out by the prospect of another deadline reminder. It’s good to know that we’re all on the same page here, and on our end we’ll be looking forward to receiving all your applications! As applicants get ready to submit their materials, it seems a good time to discuss several common questions we receive regarding the EN deadline.

What’s the difference between the EN and Regular Notification deadlines?

This is a case in which terminology should be taken literally. Early Notification is simply a way to receive an admissions decision early (typically by mid-late December).

So it’s not easier or harder to be admitted in one of these rounds?

C’mon, work with us here…will I get scholarship notification early, too?

Ah, good question. No, those admitted early will still have to wait until mid-March, when the rest of decisions are released, to receive scholarship details.

What’s up with that?

We can’t award scholarships without having first received all applications, otherwise we won’t know how much funding is available in relation to the number of admitted applicants.

So what’s the advantage of applying early, then?

You’ll have some clarity months ahead of time! Whether favorable or not, a decision received in December will allow you to move forward with other aspects of planning. For those offered admission, this might include researching finer details about Fletcher’s curriculum and faculty, and continuing to flesh out a financial plan.

If I’m admitted, is the decision binding?

No, unlike most of the undergrad world, early admission doesn’t presume enrollment (though we of course will be hoping you do indeed decide to enroll).

If I’m not admitted during the EN round, might I still be admitted later?

A sly question, reader. And a good one! For some applicants, we’ll neither admit nor deny at the EN round, but rather defer your application for further consideration during the Regular round. Many of these applicants may still receive offers of admission in mid-March.

Let’s talk application materials. One of my recommenders said he probably can’t get his letter submitted until November 20, and I have a friend who asked me to tell you that she was only able to get a GRE test date on the 12th. Will that be a problem for EN consideration?

Probably not. While we encourage applicants to do everything possible to submit all materials by November 15, if everything comes to us within ten days to two weeks after the deadline, we’ll likely be able to avoid delays in processing your application. In the case of standardized tests, we recommend you “self report” your scores to us as a placeholder until your official ETS score report arrives in our office (which typically takes around two weeks from the test date).

So, to sum up, if I’m close to ready to submit my application now, I might as well do so by the EN deadline, but if shooting for November 15th means I’m going to end up rushing through some things, it’s probably best to wait until the January 10th Regular Notification deadline?

Hey, summing things up is my job. It’s like you’ve read this blog before or something.