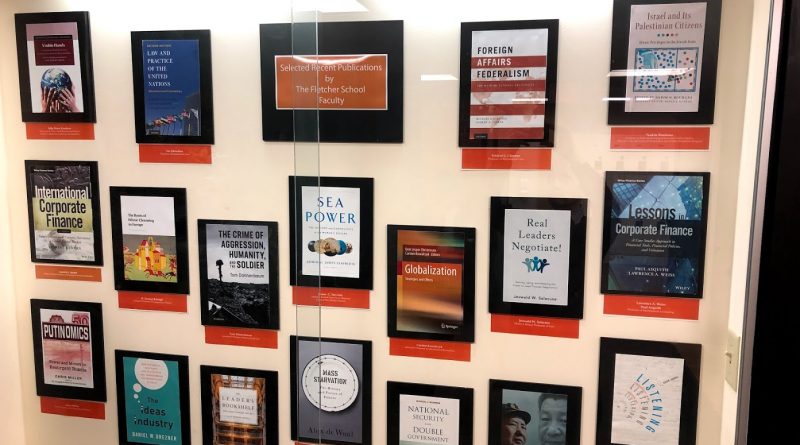 About Fletcher Our Alumni Our Faculty
February 14, 2019May 18, 2021 Daniel Birdsall 756 Views Publications, Veterans and Military 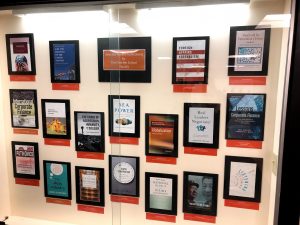 As a house of learned doctors, Fletcher regularly gets to celebrate the release of major books by our faculty. There’s Prof. Chris Miller’s Putinomics: Power and Money in Resurgent Russia, Prof. Alex de Waal’s Mass Starvation: The History and Future of Famine, and Prof. Sulmaan Khan’s Haunted by Chaos: China’s Grand Strategy from Mao Zedong to Xi Jinping, to name a few of the more recent publications. It’s common for faculty to give “book talks” on campus in support of their latest work, and they’re among the most popular events during the academic year. Late March will see Prof. Kelly Sims Gallagher discuss her just-published Titans of the Climate: Explaining Policy Process in the United States and China.

There are a handful of book talks every semester, and they’re not limited to Fletcher faculty. There’s something particularly thrilling about seeing alumni, and on occasion even current students, at the Ginn Library dais as published authors. One exciting recent book talk was delivered by PhD candidate Frank Sobchak, co-author of the new two-volume history The U.S. Army in the Iraq War, already considered the definitive official account of that conflict. Commissioned by the U.S. Army War College, the study was accompanied by the declassification of 30,000 pages of documents, and has received a fair amount of major media attention. Fletcher will also soon see the return of 2013 MALD graduate Patrick Kabanda, whom longtime blog readers may remember. Originally from Uganda, Patrick came to Fletcher via Juilliard (he’s an organist), and went on to stints at UNDP and the World Bank before his current career as an independent consultant and author. He’ll discuss his recent book The Creative Wealth of Nations here in a late-February book talk. Nor are Fletcher authors dedicated exclusively to policy wonkery. Dark at the Crossing, a novel by Elliot Ackerman (F03) was a 2017 National Book Award finalist (his latest, Waiting for Eden, was published last fall). Much like our diverse curriculum, Fletcher authors offer something for everyone!