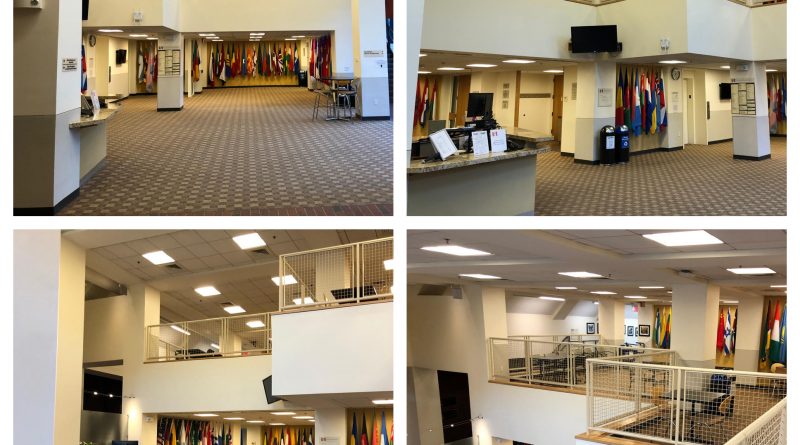 This is a time of year during which Fletcher starts to get pretty quiet, pandemic or not. Even though students and many faculty are gone, we still have a fair amount of visitors in the summer months. While we can’t showcase the Fletcher community firsthand during the summer, we are able to offer visitors the chance to wander freely throughout the building, poking their heads into classrooms and various corners of Fletcher that might get passed over when there are several hundred people buzzing about.

Many of our incoming students would normally have had the chance to check the place out by now, and quite a few prospective students drop by in the summer to have a look around, too. With physical visits to Fletcher obviously not in the cards at the moment, in the coming weeks I’ll do my best to provide the next best thing in the form of a blog-based virtual tour. What the format will lack in conveying the strange voodoo of location I’ll hope to make up with additional context about various parts of the building, as well as a peek at a few out-of-the-way spots that aren’t usually on the typical agenda for a visitor. 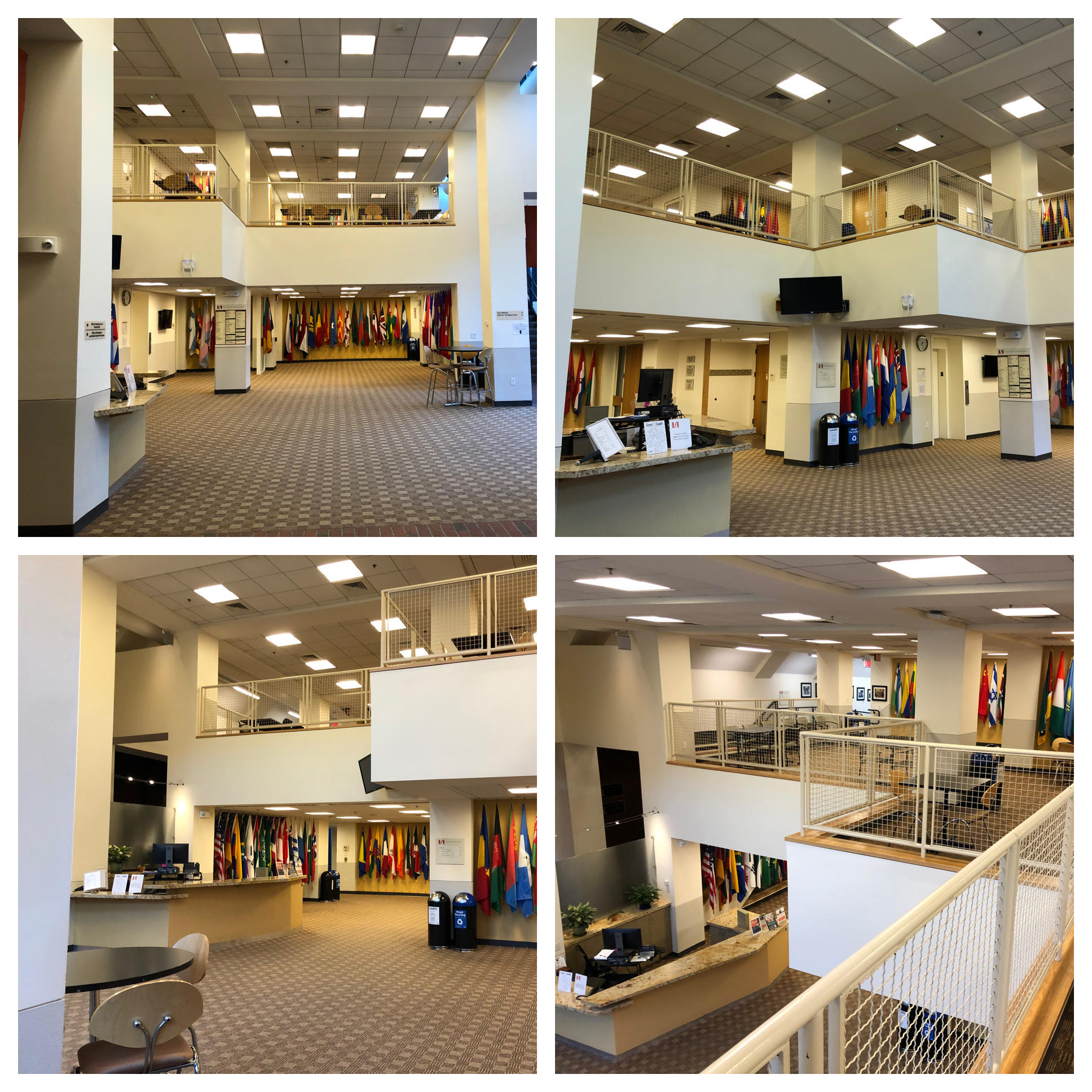 There’s an obvious starting point for this exercise: the Hall of Flags. It’s the first place most people encounter when entering Fletcher, and is very much the crossroads of the school. Any Fletcher students considering selling their soul for the gift of diplomacy (not that our students need to go that route) would certainly do it here. While it typically isn’t the site of anything quite so dramatic, it is a locus of nearly constant activity of one sort or another during the academic year. Two of Fletcher’s largest classrooms are located off the Hall of Flags, and it can resemble Shibuya Crossing in the few minutes between course blocks. It also hosts a weekly social hour sponsored by a different department of Fletcher, an agenda-free, late-week gathering for people to grab a snack or a drink and just chit chat for a bit. Most of the major conferences during the year hold their registrations and welcomes in the Hall of Flags, and a variety of informational events, fairs, and fundraisers set up shop throughout the year, too.

Lots of less formal activity also happens in the Hall of Flags. Fletcher students do a lot of group work, and the various chairs and tables can make great meeting spaces for those who don’t mind some ambient noise. The 2nd-floor mezzanine is a particularly good study and meeting spot. For those of us in Admissions, the ship’s bow-like balcony jutting over the main floor is an ideal spot to make announcements and direct crowds during Open House and other large visit events.

Most importantly, though, the enterprising student can pretty regularly score some free eats in the Hall of Flags. There’s a small storage nook that doubles as our community’s standard spot to put leftovers from various meetings, conferences, and other events that involve food. It’s understood that any food left there is fair game. The Admissions Office doorway is about a 10-second walk to this leftovers station, and there have been multiple occasions in which whatever I’m bringing from our office to leave there barely makes it to the counter before it’s claimed. Blog readers surely know that Fletcher students work hard; I assure you that they eat hard, too.

The Hall of Flags is Fletcher’s ultimate can’t-miss location, because you literally can’t miss it. See you there once life returns to normal!