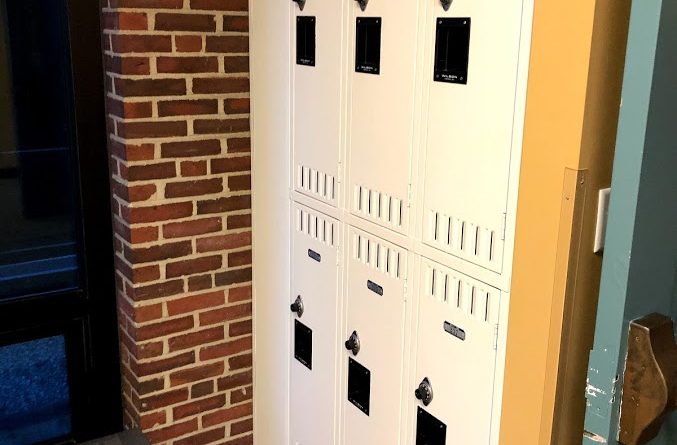 As physical visits to Fletcher aren’t currently possible, this series attempts to provide the next best thing in the form of a blog-based virtual tour. Having visited most of the major areas of Fletcher, we’ll conclude our tour with a look at some of the odder corners of the facility.

Something I really like about the Fletcher complex is the “something old, something new” aspect that permeates the place. In many ways it feels pretty contemporary and modern, but there are also plenty of areas that feel historic, stately, and charmingly old-timey. Our current complex is basically the result of three separate buildings fused together; note the entire wall of exposed brick on one side of the Hall of Flags, formerly an outside wall of the Goddard Building. Here and there one encounters these kind of seams, and the sometimes-weird results are an important part of the personality of the place.

Ginn Library plays a role in a fair number of these oddities. A window that’s floor-level in my office, for example, is ceiling-level in the Ginn Reading Room, allowing me to look down over studying students like Blofeld monitoring production of space missiles in his volcano hideout. In other places, windows in the Mugar building look onto a stairwell in Ginn, or halfway between the 2nd and 3rd floors. Welcome to the dollhouse! 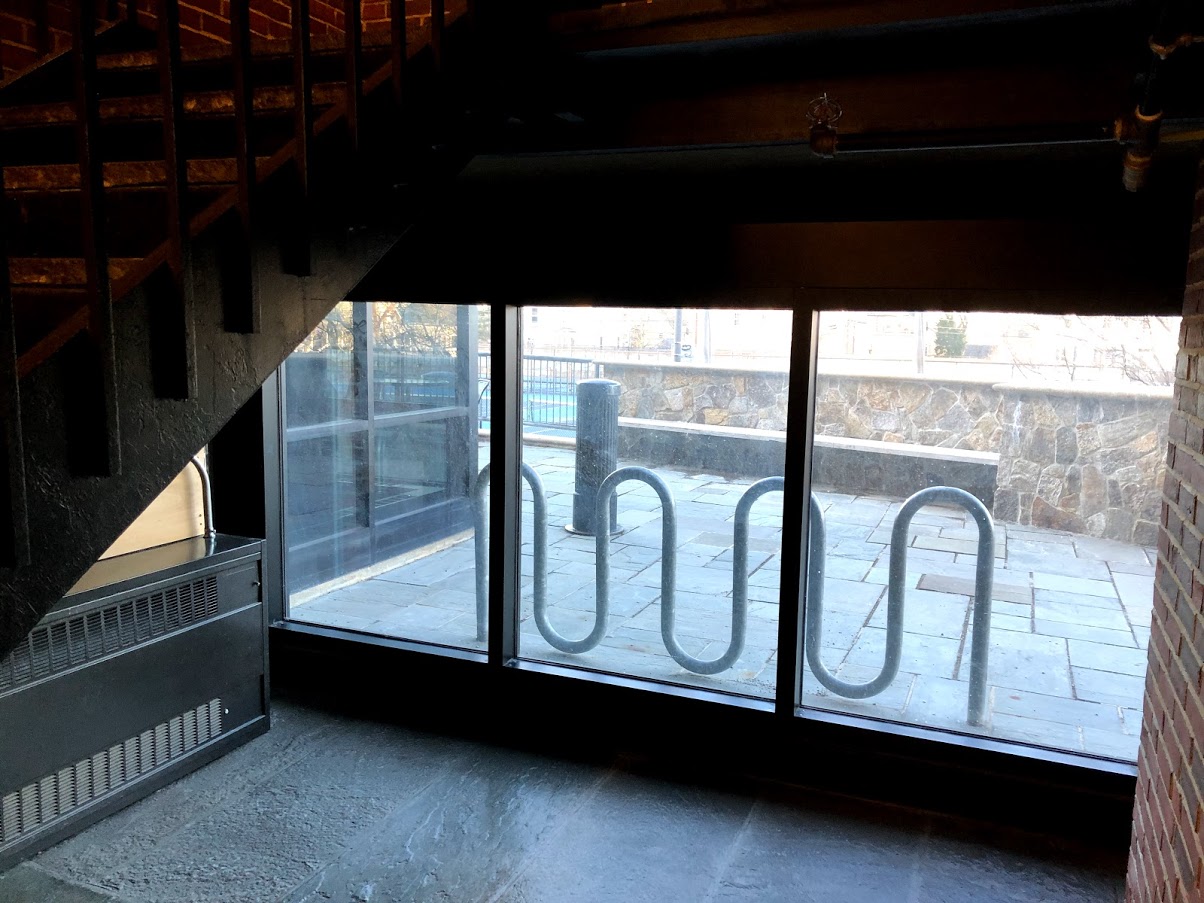 As both the physical plant and student population have grown over the years, efficient use of space is a must. For example, while this little nook under the stairs may look empty here, don’t be fooled. This photo was taken just after some furniture was relocated to ensure social distancing; in normal times there’s a full desk here that makes this little Harry Potter hideaway a perfect study spot for the student lucky enough to grab it. Visitors to Fletcher will also notice banks of high school-like lockers lining the walls of many of our hallways. Students who

live off-campus are all assigned lockers to use while they’re here (as a former bike-commuting student, I can confirm that this is a crucial perk). Some areas of the building can accommodate a full wall of lockers, but even those corners that can fit only a few still step up to make their contribution to the needs of the student community.

Speaking of community needs, in other cases, space has been repurposed to better serve members of our community. In recent years a custodial closet and small store room have been respectively converted into a multi-faith prayer room and a lactation room. Safe to say neither of these were on the radar when Fletcher first opened its doors in 1933.

When things get back to some semblance of normal – and they will, at some point – keep your eyes open for some of Fletcher’s little quirks during your visit!