Last week I did something I’ve not done in about a year and a half. Something I’d nearly forgotten how to do, so long a layoff has it been. Am I talking about eating at a restaurant, or perhaps checking out F9 in theaters? No way – I’m still a bit skittish about that kind of stuff (anxious as I am to catch up on the latest with Dom Toretto and his “family”). What I’m referring to is more momentous than either of those return-to-normalcy indicators. Readers, I physically went INTO THE OFFICE.

With Fletcher returning to a primarily in-person format for the start of the academic year, it was time to take stock of the situation. To be honest, I expected to encounter something of a last man on earth scenario, or at the very least to find an inches-thick layer of dust coating everything. To my surprise and delight things were in much better shape than I anticipated. The worst thing I encountered was a year-old yogurt left in a refrigerator, mercifully unopened and so minimally gross. As you can see, overall the place looks in pretty decent and recognizable shape.

Fortunately I wasn’t alone in this endeavor. Several of my admissions mates came in throughout the day, too, making sure their computers still recognized Tufts wi-fi, restoring their offices to some semblance of work-ready, and generally prepping and tidying up here and there. Among them was our colleague Henry, with whom we’ve all worked for a year but never encountered in-person. Pleased to meet you, Henry, finally! 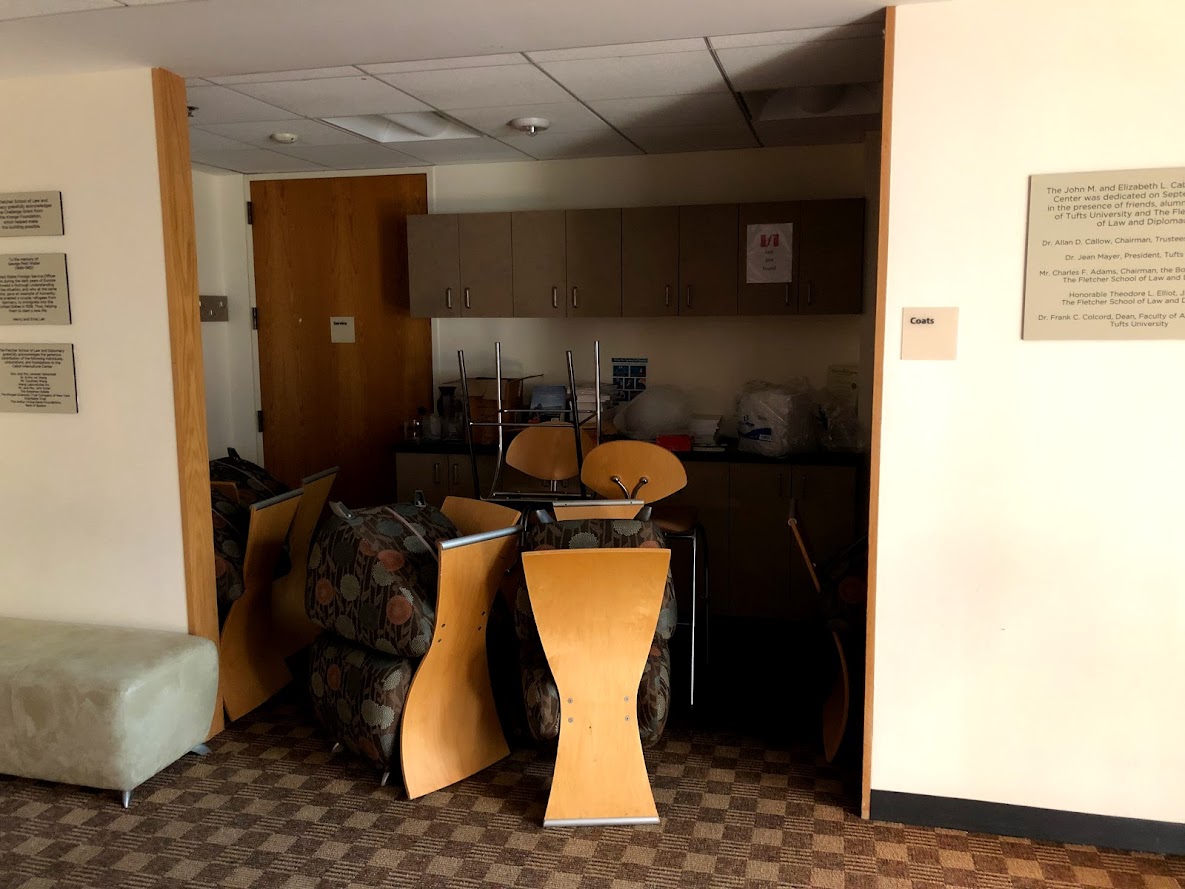 There’s still work to be done, of course. While much of the building looks ready to go, there remains the odd corner in need of a bit of attention before the arrival of the new class. Overall things are in good shape, though. There’s still a bit of an eerie quality to a sparsely-occupied Hall of Flags, but I expect that to disappear pretty much instantly when the place fills up on the first day of orientation. It’s been far too long, and we can’t wait to see it properly bustling again. See you all soon!