Kicking off the updates from the Class of 2011 is Chris Berger, who had a clear focus for his Fletcher studies before he even arrived and who took full advantage of the School’s quantitative offerings. 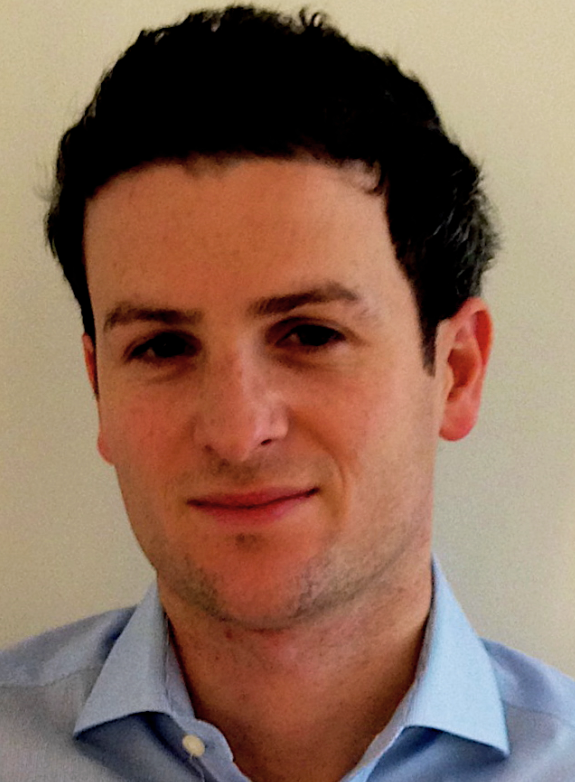 I graduated from Princeton in 2006 with a degree in history and I really struggled with what I wanted to do next.  I was passionate about foreign affairs and international politics, and deeply involved in the national security discourse in the wake of 9/11.  I was also, however, fascinated by the booming financial services industry, despite having taken little interest in economics/finance during college.

Determined to explore this path, I took a job at a financial consulting firm in New York that was focused on the bond markets.  Shortly thereafter, 2008 reared its ugly head and the financial world went into a tailspin.  A series of unanswered questions began to drive my focus: What was the genesis of the financial crisis and how had it metastasized so pervasively across the globe?  Were emerging market economies and the so called “BRICs” (Brazil, Russia, India, China) poised to lead to the next wave of global growth?  How would economies rebuild and how would government respond to strengthen the core of the global financial system?  Fletcher sounded like the perfect place to explore these questions and to further build my understanding of international economics.

I was drawn to Fletcher’s MALD program by the flexibility of the curriculum and by the breadth of course offerings that directly appealed to my interests.  I took full advantage of this flexibility by structuring a course load centered around economics, finance, and the global political economy.  My work with Professors Klein, Krohn, and Drezner helped me to build a solid foundation in economics while also refining my understanding of the interaction between finance and public policy.  Working with Professor Krohn, I wrote my thesis on how emerging markets were, after the financial crisis, poised to decouple from the West and lead the path for GDP growth over the coming years.  (FYI — I was wrong.)  As I looked to life after Fletcher, I was determined to find a career that straddled the worlds of public policy and finance.

After graduation, I was very lucky to be offered a role at the Federal Reserve Bank of New York as part of their Markets Group.  The Markets Group is responsible for executing monetary policy on behalf of the Federal Reserve System and I was fortunate to join right before the start of the Fed’s third round of quantitative easing (QE3, the program implemented in the aftermath of the financial crisis to provide the market with liquidity in effort to stimulate growth).  As part of my training program I was taught how to effectively analyze and interpret movements across global financial markets and opine on broader themes across global asset classes.  My training afforded me the opportunity to lead daily meetings with the Fed Governors and the Treasury Department and allowed me to participate in briefings with the leadership of the Federal Reserve, including Chair Janet Yellen.

After three years with the Markets Group, I left the Fed to assume a private sector position within BlackRock, where I currently work.  The group I joined, called the Financial Markets Advisory group (FMA), was formed in the aftermath of the financial crisis and provides consulting services for governments, central banks and global financial institutions.  Described by The New York Times as the “go-to SWAT team in financial crises,” I have worked on a number of assignments in the U.S. and abroad, including most recently a longer term project in Frankfurt.  During my two years in the group I have been granted exposure to a broad range of issues facing the global financial system in the aftermath of the crisis, allowing me to build on my Fletcher curriculum while keeping me deeply entrenched with some of the key issues that drive my intellectual curiosity.