I love learning about Fletcher couples!  And this year, in time for today’s Valentine’s Day holiday, I’ve been working on a joyful project — seeking out couples among our alumni.  I reached out to a few people whom I expected would be good sources, and soon my email was sprinkled with happy photos and the couples’ stories, which I’ve shared below in their own words.

I’ve written now and then about Fletcher couples, but they’ve usually been folks I knew.  For this first Valentine’s Special, featured on the blog and the Fletcher Facebook page, recent graduates are a little over-represented.  Now that I know how fun it is to gather these stories, I will commit myself to bringing more graduation-year diversity to the feature.  But now, let’s meet some of the couples!  ♥

Gerardo, F11, and Ana, F12 and current PhD candidate
Our families have been friends for decades.  We’ve known each other since we were little.  We planned our wedding as we were applying to schools in the U.S. and we went to several Open Houses.  We both fell in love with Fletcher, and that is where we ended up having an extended honeymoon! 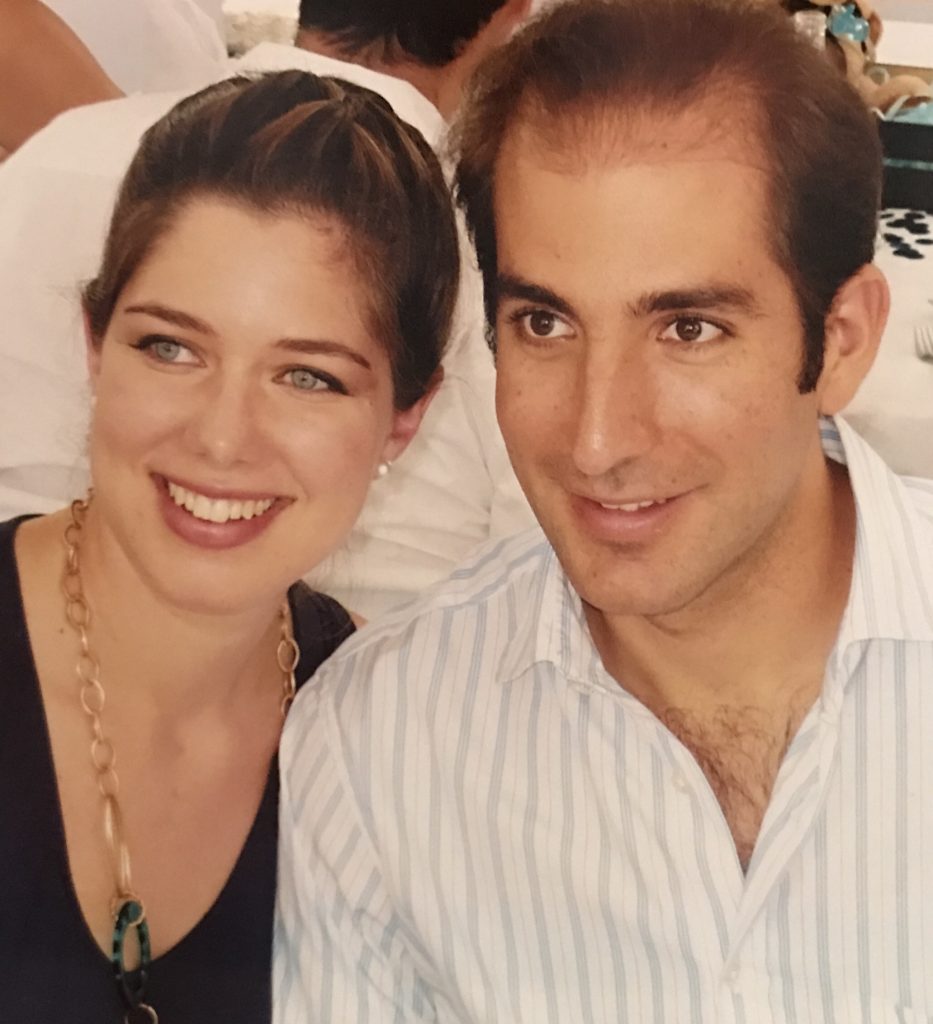 Chris, F93, and Hilary, F94
We met first in a Tufts Japanese class that we were both taking after returning from Japan on the JET Program, but the romance really happened at the first Blakeley Hall party that same night!  Fletcher was a great place to find someone who had the same perspective on life: an understanding of global cultures and a love of adventure!  Now, it’s more than 20 years later, and that is what still keeps us together, after years of living and working in Germany, New York, and Japan.  Thank you Fletcher! 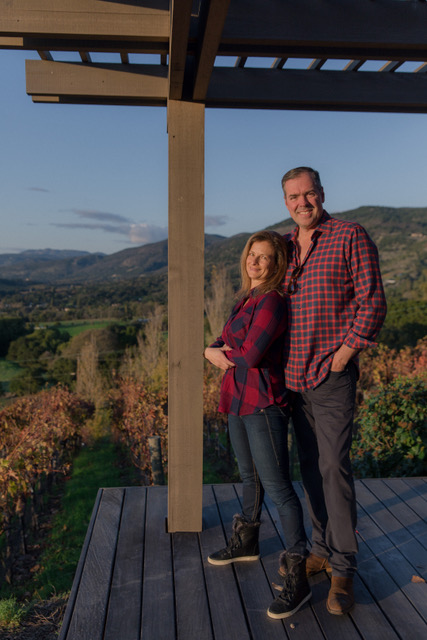 Gregor, F12, and Jenny, F12
Gregor and Jenny met during their Fletcher Orientation in 2010.  They became good friends, and eventually started dating after working in the same econometrics study group in their second semester.  As many of the Fletcher family do, they share a passion for exploring the world, and for good quantitative analysis!  They both work in the international development field with a focus on monitoring & evaluation.  Jenny and Gregor got engaged in Ireland in 2014.  Gregor nervously carried a ring through a four-day hike while looking for an opportune place to propose.  They were married in September 2015 in Annapolis, MD and currently live in Washington, DC with their dog, Lady. 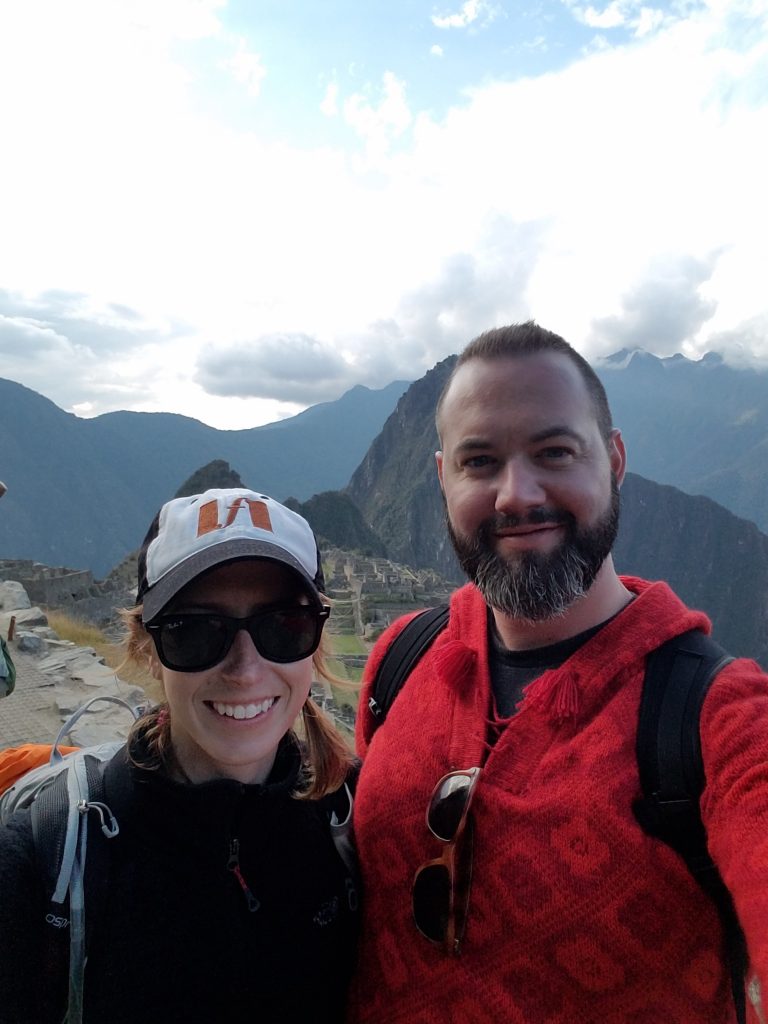 Maddie, F14, and John, F14
Maddie and John met on the first day of MIB pre-orientation at Fletcher.  Maddie sat in the seat directly in front of John in Dean Chakravorti’s Stategic Management course in Mugar 200.  So naturally, Maddie talked to nearly every person in the class except for John.  John tried to get Maddie’s attention for weeks, but to no avail.

Maddie had signed up for a half-marathon in Salem in the middle of September and, upon a fellow classmate’s suggestion, it just so happened that John signed up, too, despite zero training.  Maddie and John ran the entire 13.1 miles together, talking and getting to know each other.  Not long after that, they began dating!

After graduation, they moved to Minneapolis, MN (Maddie’s hometown). John proposed to Maddie a year later, in May 2015, on the historic Stone Arch Bridge, in the pouring rain.  Their wedding was at the Solar Arts Building in Minneapolis and they were fortunate to have many Fletcher friends alongside them in their celebrations. 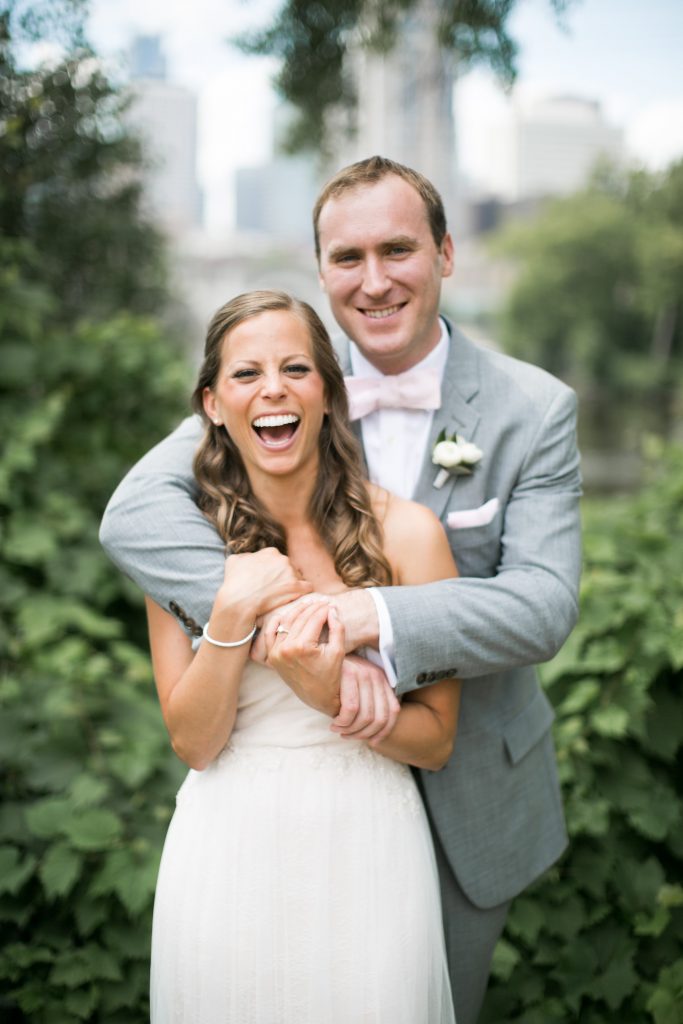 Leigh, F06 (MALD) and F11 (PhD) and Geoffrey, F07 (MALD) and F11 (PhD)
Professor Andrew Hess and Bernadette Kelley-Lecesse (former Fletcher staff member) played an important role in bringing us together.  There were also some significant upsides to late nights in the Ginn Library.