Following their return from the Arctic Circle Assembly last month, the Fletcher Maritime Program encouraged students to share their observations in a blog post, and then asked me whether I would be interested in including the posts in the Admissions Blog.  Of course I would!  I’m not sure how many I’ll receive, but today Ana Nichols Orians, a first-year MALD student, writes of her experience in Iceland.

When I was in college, Latin American writer and activist Eduardo Galeano’s salient prose guided much of my thinking.  One message stood out: we must question the traditional narratives reinforcing colonial dynamics in global politics.  In his book, Upside Down: A Primer for the Looking Glass World, Galeano presents Joaquín Torres García’s map of an upside down Latin America.  From this viewpoint, the global south is emphasized by its proximity to the sun and the moon.

Prior to the Arctic Circle Assembly, Joaquin Garcia’s map was the closest I had ever gotten to thinking about the poles.  I remain dedicated to the idea of focusing on Latin America, especially in terms of reaching my professional goals of being a negotiator on topics pertaining to food, climate, and sustainability.  Attending the Arctic Circle Assembly might not seem like the most logical step towards professional realization.  Yet attending offered the possibility of discovering a more dynamic view of the Arctic while simultaneously learning from diverse actors considering global consequences of climate change and negotiating on policies for global cooperation.  And so, I went to Reykjavik, Iceland, to attend the conference with my internal global map reversed, as per Galeano’s guidance.

The Arctic Circle Assembly attracts some of the most important actors across the globe.  Within the first few hours in Iceland, I witnessed plenary discussions with Bob McLeod, Premier of the Northwest Territories, Peter Seligmann, Chairman of the Board of Conservation International, Nicola Sturgeon, First Minister of Scotland, and H. E. Prime Minister Henry Puna of the Cook Islands, and I even introduced myself to and shook hands with H.E. Ólafur Ragnar Grimsson, chairman of the Arctic Circle and former president of Iceland.  Over three days, religious leaders, scientists, artists, and policy makers led attendees through discussions about their priorities and opened the floor for creative responses.  It was exhilarating and, at times, intimidating.  Luckily, my role as moderator for the Arctic Innovation Lab gave me purpose. 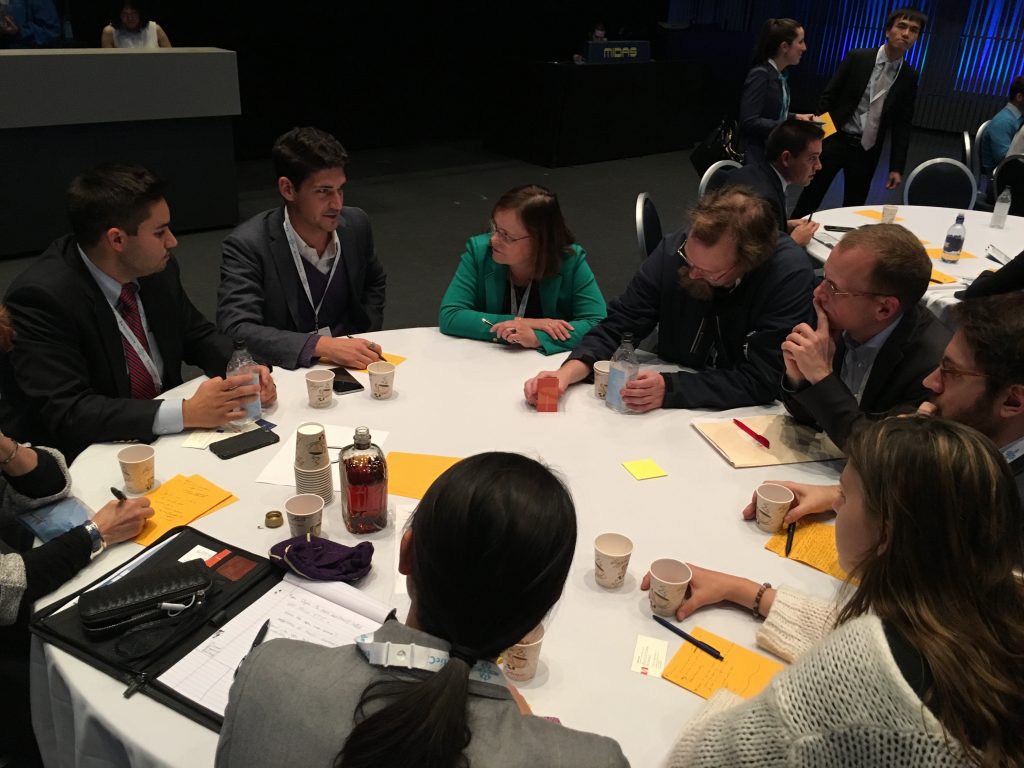 Working with Ryan Uljua, second-year MALD candidate, on his pitch, “An Arctic Investment Index,” afforded me the opportunity to dive deeper into the idea of the Arctic as a new economic frontier.  Ryan presented a new type of investment index designed for the small-scale investor.  The roundtable conversation after his presentation incorporated the voices of students, bankers, and artists, and brought to light the importance of finding balance through corporate social responsibility and sustainability.  Vanessa DiDomenico, another first-year MALD student, pitched the idea “Navigating Vessels Through Compliance” at the lab and discussed the importance of determining safe operations with risk mitigation strategies for the emerging sea-lanes in the Arctic.  The lab provided valuable insight into a “young” perspective of how to manage the region in a sustainable and socially equitable way. 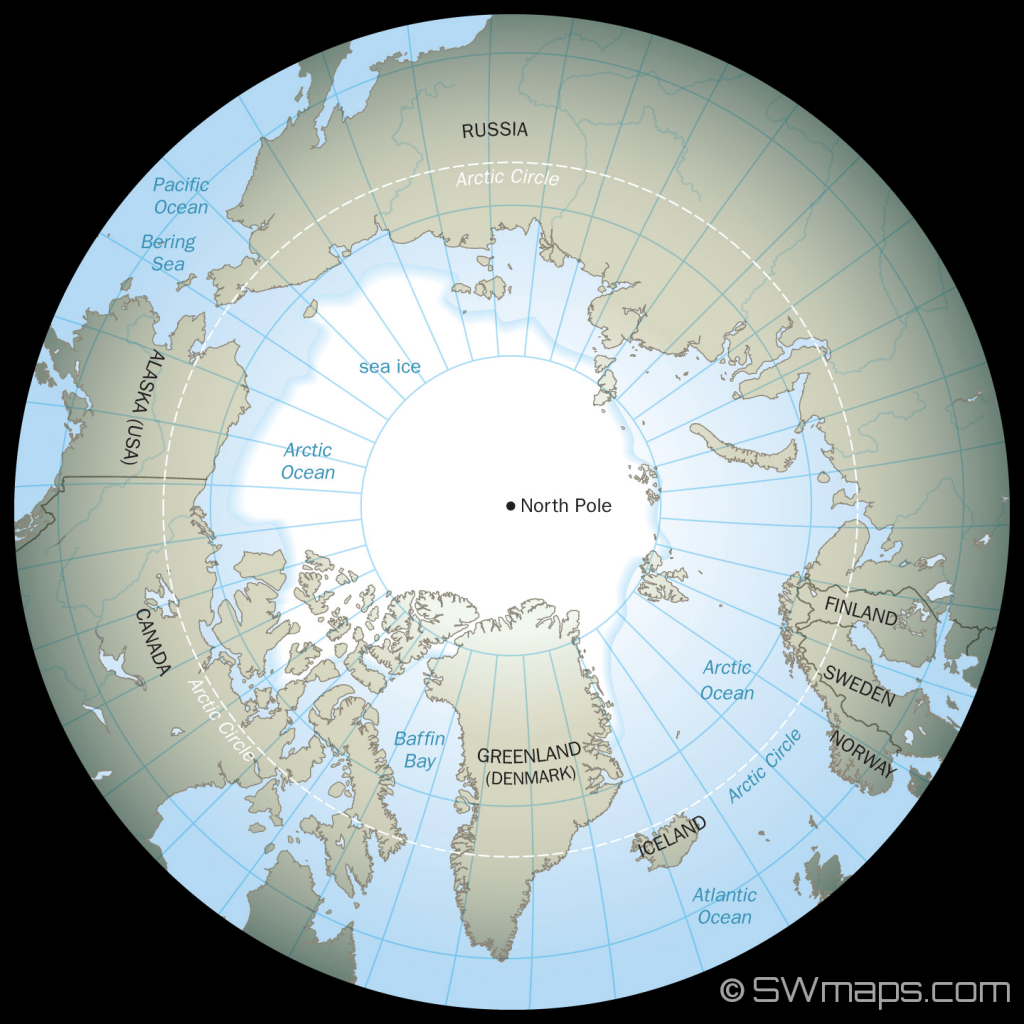 Inherent in the discussions at the Assembly was the question: whose interests will be at the table if the ice melts?  The Arctic narrative I was accustomed to proved limited.  Once again, it was a map that made my preconceived notions evident.  Looking at the map of the Arctic Ocean, one can see how the melting ice accentuates the role of the northern coastlines and the potential for additional sea-lanes, fundamentally changing the scale of global power relations.  Not all stakeholders value the Arctic for the same reason, or for that matter, have the same desired outcome for the region.  Depending on whom you ask, the Arctic provides grossly different services: biodiversity, opportunities for economic investment, pristine environments and glaciers, potential shipping routes, untapped energy, political power, and more.  As with the opening of any frontier, many actors are ready to exploit these resources for their own agenda.

A sustainable future may be a larger conversation than a single map can represent, but it is one that the Arctic Circle Assembly has been developing since its first meeting in 2013.  The future of the Arctic is a global issue and those with the closest proximity and with the most money should not be the sole decision makers.  Understanding the nuances of the political power and the diversity of interest regarding climate change will be fundamental to defining a strategic and sustainable approach to the Arctic.