Several new professors have joined the Fletcher faculty this year.  Today, I’d like to introduce one of them, Chris Miller, Assistant Professor of International History.  Professor Miller is creating new programming on Russia, and will be teaching U.S. Foreign Policy, 1898-Present, Contemporary Issues in U.S.-Russian Relations, and Russian Foreign Policy from Peter the Great to Putin.  Here he describes the roots of his focus on Russia. 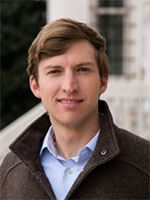 It has never been possible to make sense of international politics without understanding Russia, but the past several years have highlighted the importance of Russia in spheres as diverse as the Middle East to North Korea to cybersecurity.  At Fletcher, I am excited to work as part of a group of faculty who are building up Russian studies via conferences, student exchanges, guest speakers, internships in Russia, and student research projects.

This semester, I taught a course on U.S.-Russian relations that was video-linked with MGIMO (Moscow State Institute of International Relations), a Russian university.  We have a dozen students at Fletcher and a dozen at MGIMO, and we meet once a week to discuss and debate contemporary issues in the U.S.-Russian relationship.  In 2018, in addition to a course on the history of U.S. foreign relations, I’ll also teach a course on Russia and the World, from Peter the Great to Putin.

My own engagement with Russia began with my PhD at Yale in the history of the Cold War.  As part of research on my dissertation, I spent two years digging through Soviet archives in Moscow.  My aim was to understand the demise of the Soviet Union — a period when, in six short years the USSR went from being the world’s largest superpower to a group of 15 separate countries, all of which faced political dissolution and economic collapse.  I wanted to know why, during the 1980s, China succeeded in moving from socialist central planning to a capitalist market economy, but when the Soviet Union tried to make that same transition, it fell apart. 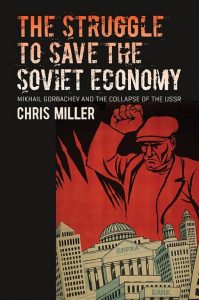 After looking through a number of Russian archives, including in the personal papers of Mikhail Gorbachev, the final leader of the Soviet Union, I wrote a book titled The Struggle to Save the Soviet Economy. When I was research and writing the book, I also taught at a university in Moscow, the New Economic School.

I was living in Russia in 2014, when the war with Ukraine began and Russia annexed Crimea.  That same year coincided with a surprise crash in the price of oil, Russia’s largest export.  Low oil prices combined with Western sanctions pushed the Russian economy into a painful recession.  Many Western experts predicted that Russia would face economic collapse and be forced to make political concessions in order to get sanctions lifted.

But this didn’t happen — and it created another puzzle.  Contrary to many initial expectations, Russia faced little difficulty in weathering the economic crisis, and has yet to compromise in exchange for sanctions relief.  It chose this path despite a sharp fall in living standards, particularly in 2015.  It is often argued that rising wages — made possible by high oil prices — underwrote Putin’s popularity in the 2000s, but falling wages and falling oil prices did not seem to dent his popularity after 2015.  To explore the making of Russian economic policy, I’ve just finished a new book Putinomics: Power and Money in Resurgent Russia, which will be published in March 2018.

My next research project will explore the history of Russian diplomacy in Asia, with an eye toward understanding the factors that have repeatedly driven cycles of Russian engagement and disengagement in Asia.  Like the United States, Russia is today “pivoting” toward Asia.  But Russia has historically pivoted toward Asia roughly once a generation.  Will today’s pivot prove more durable or more successful than previous efforts?