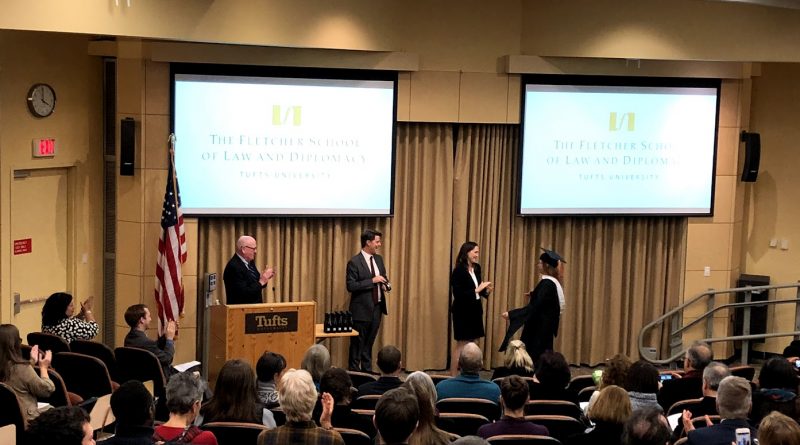 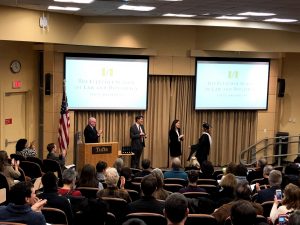 A few months back I wrote about our January enrollment period, and some of the distinct features of starting your Fletcher experience in the spring semester instead of the more typical fall enrollment. The unspoken but fairly obvious addendum to all my chatter about the excitement of welcoming a new class of Januarians is that we’re also forced to say goodbye to a departing class each December, too. Last Friday saw the annual Januarian Farewell Ceremony, which has most of the trappings of a typical graduation without actually being one. Our departing Januarians still have finals to get through, after all, and their degrees will be officially conferred in February. At the risk of jinxing them, we like to hold this closing ceremony to acknowledge their contributions to the community, as most students (Januarians and otherwise) will scatter around the world after finals for a well-deserved break.

The Januarians’ Farewell really underscores the distinct identity this cohort develops each year, in spite of their easy integration into the larger Fletcher community soon after arriving. A former Fletcher Associate Director of Career Services, who taught this group’s Professional Development Program nearly two years ago, returned to give keynote remarks, and likened these Januarians to a family, even assigning “father,” “mother,” “uncle,” and other familial roles to these students. The laughter and knowing nods reinforce that this is both something of a joke and largely accurate. Fletcher is rightly characterized by the close relationships our students form with each other, and that’s particularly true of Januarians. Easing the sadness of their departure from Fletcher is the knowledge that we’ll see some of these folks again in the spring, as Januarians are invited to take part in Fletcher’s formal Commencement ceremonies each May, as well.

So congratulations, Januarians! We’re looking forward to welcoming you into the Fletcher alumni community. And to those recently-enrolled Januarians shortly arriving in Medford to begin their own Fletcher experiences, we’ll see you soon!