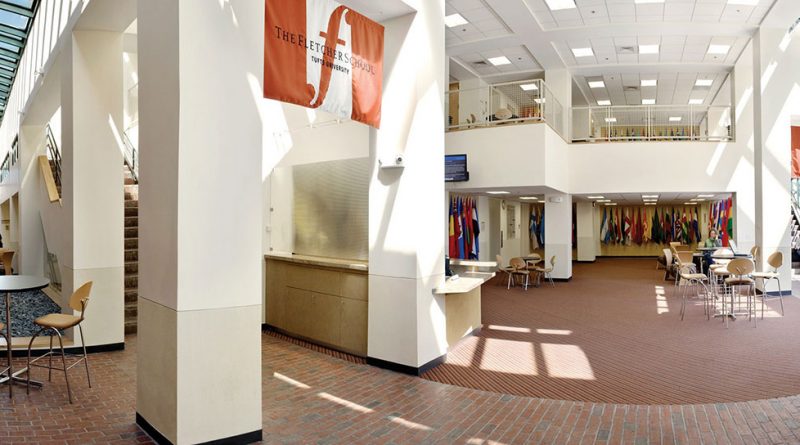 Our final first-year student fall semester recap comes from Manaved, who provides a month-by-month breakdown of his entry into Fletcher:

The First Semester – A retelling.

Many people reading this blog are Fletcher hopefuls, beset by the unenviable task of deciding which place to call home for the next year or two. Seeing that I was in a similar situation not too long ago, I believe that a chronological run-through of certain moments in a riveting first semester would be useful in making a decision. Of course, what I talk about here is a mere microcosm of what I experienced, and at the risk of sounding cliched, the Fletcher experience is vastly richer than can ever be put into words.

The first month hit me like a stack of well-intentioned bricks. An amazing orientation week gave way to an array of breathtaking lectures. My Fletcher education had begun in earnest, and I was not disappointed. It seemed like life was a mixture of endless readings and impromptu soirées. Be it running through the Mystic Trail with the indomitable Running Club or having a weekend brunch with my mentees from the ICP Programme, my mind often marveled at how quickly familiarity was established in this space.  Indeed, Fletcher festivities like the Gender Blender helped in finishing the work that the official orientation had started.

Blakeley Hall was home to the E-Block party, and it was a relief to see that the ancient structure did not let the multitude of attendees down, literally and metaphorically. Later in the month, not only did a few of us dine with Dean Johnstone and have discussions on all and sundry, many of us were also part of a weekend delegation to the Dartmouth residence of Professor Andrew Hess, where we were regaled with some very beguiling stories, essential to any Fletcher meet-up. Fiesta Latina was a laugh riot, and many of us witnessed The Los Fletcheros in all their melodious glory for the very first time the same day. A quick weekend trip to New York was also organized for the lawyers at Fletcher, and the month concluded with me trying my hand at pumpkin carving and failing miserably.

An exciting tour of Greentown Labs in Boston, organized by the FLEEC, set the tone for a jam-packed month. Diwali, the Indian festival of lights, was a grand affair, and many friendships were solidified amidst borrowed Kurtas and Sarees. November was also the month of the highly anticipated “Faculty and Staff Waits on You Dinner,” a glorious Fletcher tradition, where one could bid on several equally enticing items and lose them all to that one person in the room (you know who you are). Being part of the Fondue Night at the Yellow House was an absolute delight. Not only did we enjoy the delicious dishes doled out by the Swiss students, we also learned the history of their cuisine, although I was told that opinions might differ on the origins of fondue. The month concluded with an eventful trip to the United Nations HQ in New York organized by the UN Club and Diplomacy Club, where the force of the Fletcher alumni network was on full display.

Before you knew it, the year was about to end, and along with it, the first semester at Fletcher. Classes were winding up, and time was winding down.

After participating in a student-organized Secret Santa at Blakeley Hall, I was lucky enough to end up with a gift I will treasure to the end of my days, a coloring book consisting of various animals in diverse stages of flatulence.

Yes, I have already invested in crayons.

Professor Arjun Subramaniam opened the doors of his home to those of us who were studying conflict in contemporary South Asia, and we were treated to a plethora of delectable, home-cooked, Indian food.  Soon enough, the exams were upon us, but that did not make us as downcast as the fact that the exchange students were going to be leaving soon. As the winter break approached, many goodbyes were said, some more permanent than the others, but none truly final.

The new semester awaits, with new opportunities for growth, learning, and Rubi’s coffee.