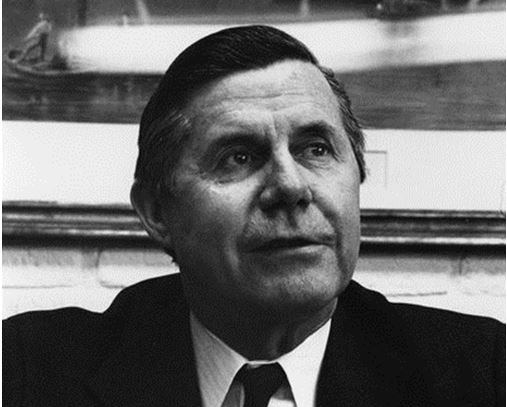 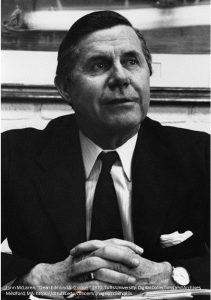 If you’ve poked around our website enough, or otherwise have more than a passing familiarity with Fletcher, you’ve likely come across the term “public diplomacy” at some point. While it mostly makes intuitive sense to me, I’ve rarely stopped to think specifically what we’re talking about when we refer to public diplomacy. An interesting piece of web content recently trickled down to me by way of one of Fletcher’s longest-tenured faculty members, as well as our Dean of Admissions, which I thought worth sharing. At the risk of becoming an irksome content regurgitator, I’d encourage readers to check out this recent post by former diplomat and current blogger John Brown. Brown highlights the work of Edmund Gullion, a former NATO SACEUR and Dean of The Fletcher School in the 60s and 70s (a general career path shared by our previous Dean, Admiral James Stavridis). Searching for a descriptor for the way nations publicly explain and communicate national policy without the negative connotations of the term “propaganda,” Gullion hit upon “public diplomacy,” which he defined as “the ways in which governments, private groups, and individuals shape those public attitudes and opinions which influence the formulation and execution of foreign policy.” Interested readers can check out the full post for further background, as well as Brown’s own commentary on the history and evolution of the concept of public diplomacy.