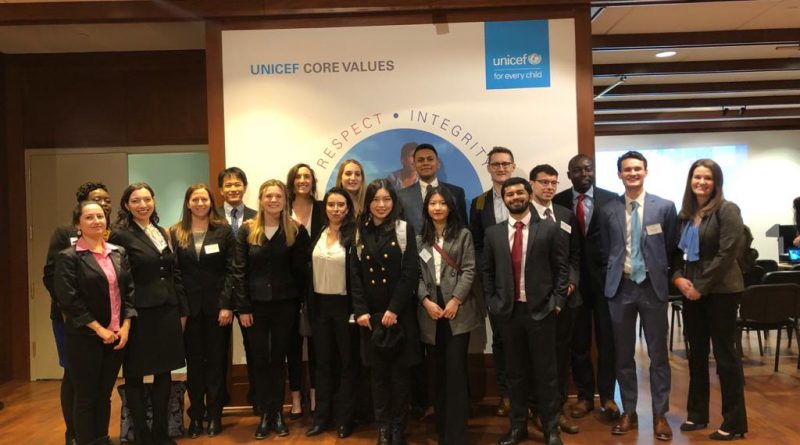 Wrapping up our first-year student updates is Manaved, who recaps his experience on the recent New York City career trip, one of the major annual events sponsored by the Office of Career Services.

Reflections on the NYC Career Trek 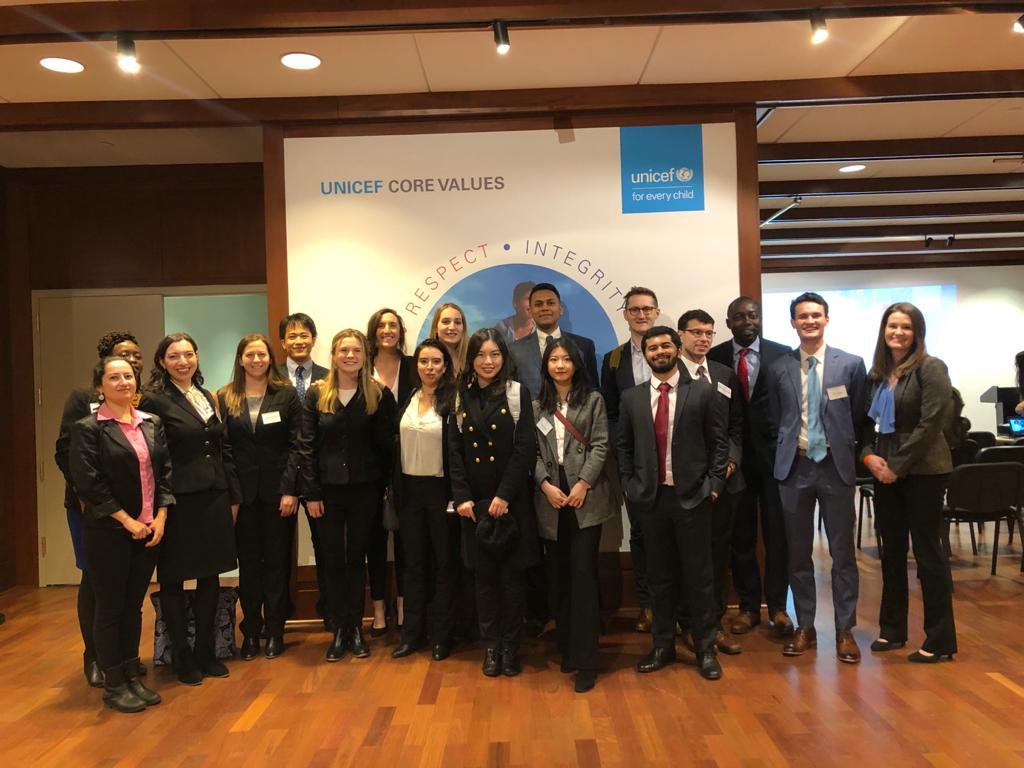 The New York Career Trip has long been considered a Fletcher staple, and every year scores of Fletcher students flock to the streets of the Big Apple, hoping to come back to Boston with a job in hand, or at the very least a deep appreciation of dollar pizza.

The 2020 NYC Career Trek was to be my last, and I set out in this note. My thoughts on the event:

A gaggle of graduate students gathered outside the gates of the United Nations. Stories from the summer were exchanged, and possible course choices were discussed. The next semester was almost upon us, and for many of us it would be the last. The murmuring was eventually broken up by the arrival of the representative from UNOCHA, who led us through the UN security check, and onward to a vaguely futuristic conference room.

The presentation started off with outlining the priorities for the organization, followed by an intricate exposition on what the UNOCHA is looking for in potential candidates. This was followed by an interactive session which cleared up a lot of doubts, especially concerning the question of entry-level jobs at the United Nations. Personally, I was extremely satisfied with this session, and it was a great way to start off the day’s proceedings.

A short break followed our visit to UNOCHA, during which most of us gathered at a coffee shop near UNICEF, which was to be next in our itinerary. After having some excellent food, we were led to the next block by our student facilitator, where we met our UNICEF point of contact.

The security check was significantly less traumatizing, but the session which followed was equally captivating. After listening to a high-level guest speaker wax eloquent about his journey within the UN system, we were treated to a detailed presentation outlining the kind of job openings available at UNICEF, and what kind of candidate they are expecting. This was followed by an impromptu quiz, and a few people (including your very own) were awarded UNICEF memorabilia.

Overall, this particular session felt more personable and a lot of ambiguities were made clear by the time it concluded.

The clock struck six, and my favorite part of every Fletcher career trek was almost upon us; the Fletcher Alumni reception. After quickly restocking on some business cards, I made my way to the prestigious Union Club of New York. The sight that one is greeted with would gladden any heart. Scores of Fletcher alumni, mingling with students, exchanging contact information, reminiscing about their days in Medford, and speaking of all and sundry.

The hours passed quickly, and as I waded through the tables, talking to many of our brilliant alumni, I was struck by the possibility that I would be on the other side of the spectrum next year. While it was a sobering thought, I was glad to reaffirm that a Fletcher graduate is never truly on their own. After ending the night at a nearby bar, where a bunch of 2nd years exchanged pertinent information on easy classes to take for the final semester, it was time to head back to our rooms to get some rest in before the next day’s affairs.

The Day of Panels

I had signed up to attend two panels on my second leg of the career trek. One was especially from the Human Resources perspective, while the other explored how certain Fletcher graduates are working in the UN system. While it was nice to see what the Fletcher graduates were doing in the United Nations, combining it with a panel on Human Resources really made a positive impact for many of us. At the end of these two sessions, a lot of my assumptions had been corrected and I was more confident in the decisions I had made for my future.

Karin Wiedemann, an integral figure in the Office of Career Services, will have my eternal gratitude for pulling off everything with such professionalism and with absolutely no hint of logistical trouble. I would also like to thank Elana Givens, the Director at the Office of Career Services, who has, without fail, engaged individually with me and many others during this busy time, and which has doubtlessly reaffirmed our faith in the Fletcher brand.

The information I gleaned and the perspective I gained from attending events over the course of the past few days has been very helpful, and I have had time to ruminate over it during the bus ride home from New York. In fact, as I type these last words, I can faintly make out the Boston skyline, and with it, the promise of another great semester at my favorite school of law and diplomacy.