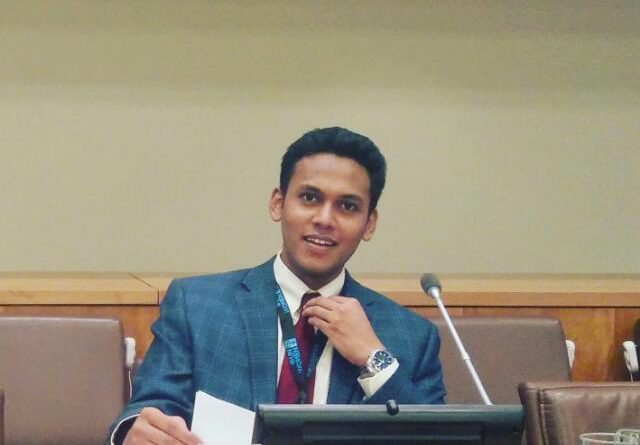 Around this time of year I ask our second-year student bloggers to provide an “annotated curriculum” to give readers some sense of the thought process that goes into charting one’s way through two years of Fletcher. Though not in the way they imagined, their Fletcher student careers are hurtling toward conclusion. First up is Manaved, walking us through his curricular path and plans for the future. 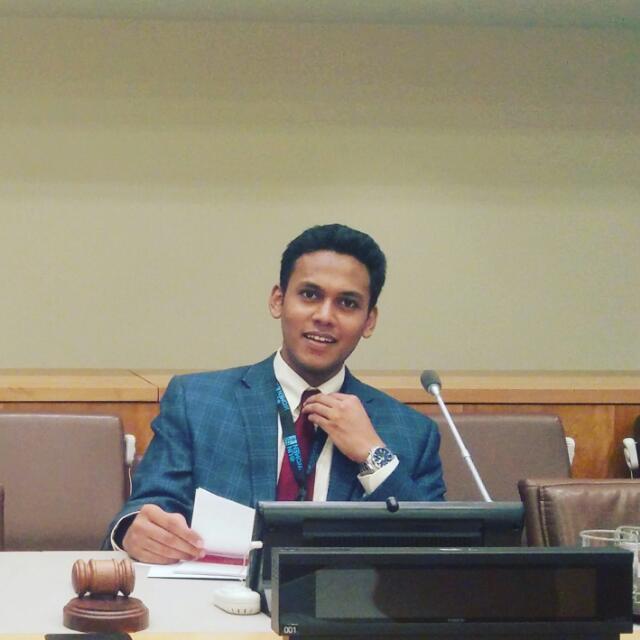 After graduating from law school in 2017, I worked in the Supreme Court of India for a while, followed by a stint at the United Nations Headquarters in New York. Once I was convinced that I needed a postgraduate degree from an elite institution for my long term career prospects, I decided to head to Fletcher in the fall of 2018.

Needless to say, I was one of the younger candidates for the MALD program, and the continuous exposure to varying levels of experience proved to be an immense catalyst to my learning during my time here.

My fields of study were International Organizations and International Security Studies. For those who are anxious about choosing a field of study, it usually works itself out, and before you know it you have completed most of the requirements. At the same time, I would suggest that you complete your requirements  in the first year so that you can have some breathing space in your final year.

My time studying at Fletcher has been busy without being stressful, and I would say that after the pleasantly surprising jolt in the first semester, every subsequent semester was easier than the rest. I finished most of my requirements in the first year, and I spent second year exploring the subjects I liked, but in which I had no expertise. My final semester was arguably the easiest, and perhaps the most interesting.

Many Fletcher veterans will recognize some of the heavyweight courses listed here.

Gender, Culture, and Conflict had so many people propounding its virtues that I had to join it, and I assure you that it is one of the best classes you can take in this school. Role of Force is a well-loved staple for those in the field of Security, and IHL was a course that catered brilliantly to lawyers and non-lawyers alike. International Organizations was an obvious choice for someone who sees himself working in the United Nations, and Professor Cerone did not disappoint. Professor Arjun Subramaniam taught us the essentials of Conflict in South Asia, and coming from a brilliant military mind like his, he left nothing to be desired.

This semester, I decided not to audit any courses, primarily with a view to spend more time on Peace Operations, which is the specific field that I want to work in. At the same time, classes like Historian’s Art and Grand Strategies in History were great outlets for my creativity and helped me gain a wider perspective of why I do what I do. The Introduction to Economics course was extremely well-taught and is suitable for all levels of understanding, and I say this as someone who doesn’t regard themselves as quant-centric.

Overall, it was a very satisfying semester and I headed into summer-break with a lot to ponder.

The rigorous in-class discussions during my Leadership class were complemented by the deep and detailed study that was the hallmark of the Conflict of Africa class. I also decided to spend a few of my precious credits on a Harvard class, and that materialized in the form of my Controlling Dangerous Weapons class at Harvard Kennedy School, which turned out to be an interesting experience.

I took a class on International Environmental Law, taught by the brilliant Professor David Wirth, which took me back to the best days of law school. I decided to audit the much-loved Gender Theory and Praxis class under Professor Theidon, and I remember looking forward to the in-class discussions every week.

By now, I had a clear picture of what I wanted to do after graduation, and the days were passing much more smoothly.

As I write this, the final semester is almost halfway done. The classes I took this semester are a careful mix of interesting and thought-provoking. They all occur once a week, and this ensures that I have enough time in my final months to spend time with friends, as well as finalize my plans after Fletcher.

When it comes to prioritization, I would recommend, without hesitation, don’t save anything too difficult for your final semester. You want to end it on a high note, with your Capstone submitted and a job offer in hand, not figuring out which requirement you inadvertently missed.

What the Future Holds

My immediate future seems to be subjecting myself to varying degrees of social distancing, but after Fletcher, I plan to spend a few months back in India with my family, while I prepare to shift base to Central Africa to pursue peacekeeping-related fieldwork.

Fletcher has this innate ability to inspire you, no matter the situation, and the next few years look promising as my friends and I dive into the next chapter of our lives.