I think I’ve mentioned before that our alumni updates sometimes make my head spin. It’s such a pleasure to share this post from David Tykvart, who somehow graduated five years ago. It feels much more recent that he was working as a Graduate Assistant in our office, and it’s no surprise to anyone who knows him that he’s quickly established an impressive career. Great to hear from you, David! 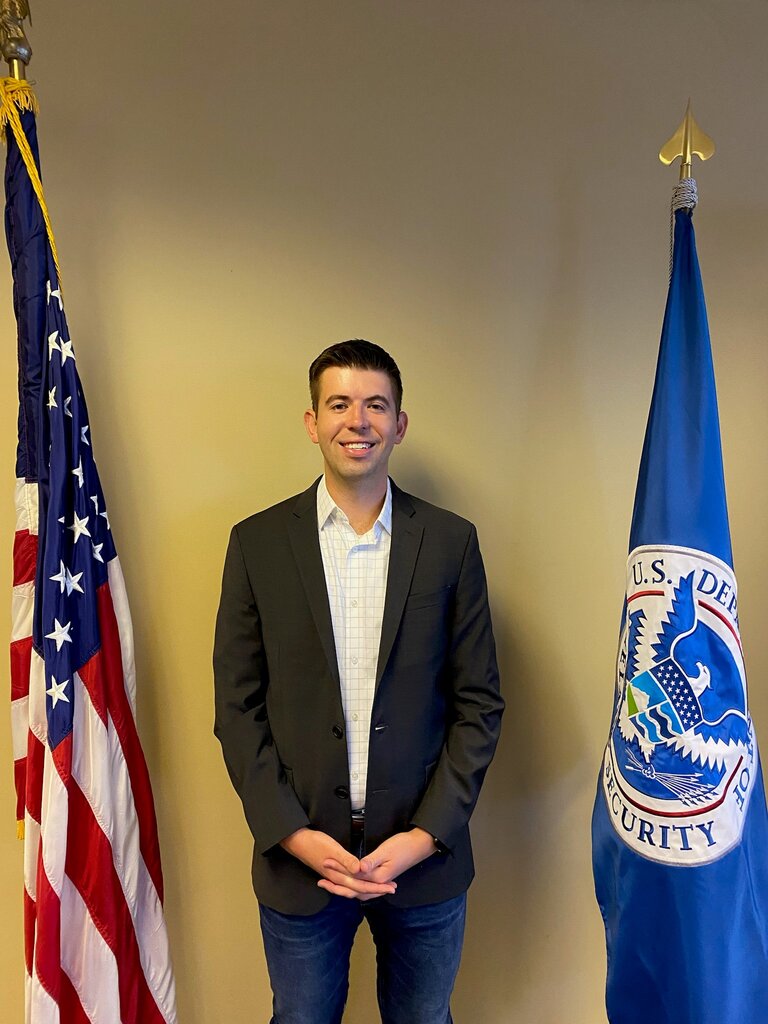 I wrote my first Fletcher update a few months after I graduated. Five years later, I find myself reflecting on everything that has happened since my time at Fletcher and the post I wrote reflecting on my “Chicago Based International Career.” At that time, I had started my career as a Presidential Management Fellow (PMF) with U.S. Citizenship and Immigration Services (USCIS) as an Asylum Officer in Chicago. Since my last update I have transitioned to a new position with Homeland Security Investigations (HSI) where I continue to grow in my law enforcement intelligence career focused on dismantling international criminal organizations.

Many of my classmates came to Fletcher with impressive resumes and incredible stories of their work around the world. I came to Fletcher with less work experience but with no less passion for global affairs. As a first-generation American, I grew up with an appreciation for different languages, cultures, and diversity. I grew up speaking Czech and studied Spanish and Russian preparing myself for a global career, in whatever form it would take shape. I interned with the State Department in Lima, spent my summers leading service projects in South America, and spent a year on a Fulbright Scholarship to the Czech Republic. My undergraduate and Fulbright experience really engrained a commitment to public service and at the time, the Foreign Service was a no-brainer career goal. I wanted to pursue a master’s in international affairs knowing it would give me the skillset, education, and competitive edge to get where I wanted to go. Fletcher, with its incredible community, interdisciplinary focus, and balance between generalist and skills-based training won out when it came to choosing a program.

While at Fletcher, I concentrated on Human Security and designed my own concentration in Democracy and Governance reliant in part on coursework at Harvard’s Kennedy School. Even as I dove into my concentrations, I still found time to take courses to explore new subjects (such as Maritime History or Historian’s Art and Current Affairs), while also developing new skillsets. I took advantage of my time at Fletcher to also build quantitative skills which included courses such as Corporate Finance and Econometrics. While I took classes from and had access to some of the most recognized practitioners and scholars in their respective fields, I learned almost as much from many of my incredible classmates and the Fletcher community. Where else could you work on a Human Security group project involving a refugee camp in Jordan with one of your classmates that previously worked for UNHCR and the other who was a diplomat from the region? If you speak to any Fletcher grad, you’ll hear about the amazing Fletcher community. The collaborative nature of the Fletcher community is quite special and stands it apart from the other programs. When a group of my peers and I were chosen as Finalists for the PMF Program, we worked together to prepare for the oral assessment, conducted mock interviews, and even sent each other job leads related to the program.

Shortly after graduating, I accepted a position as a PMF with USCIS serving as an Asylum Officer in the Chicago Asylum Office. With most of the PMF jobs in D.C., I chose the non-traditional route of working in a field office. I worked with refugees seeking humanitarian protection from all over the world and spent the bulk of my time as an asylum officer detailed to the Southwest Border working mostly with families seeking asylum from Central America. I learned about immigration, human rights, and humanitarian law (and was thankful I took those migration and law classes at Fletcher). As a PMF, I also had the opportunity to explore different roles within the Department of Homeland Security which led me to my current position as a Criminal Analyst with the HSI Chicago Field Office.

In my current position at HSI, I provide criminal and intelligence analysis to identify and analyze threats to the Homeland. During my tenure at HSI, I’ve worked on projects involving national security, financial crimes, money laundering, bulk cash smuggling, narcotics, human trafficking, Internet-based crime, and counter-proliferation. In addition to supporting criminal investigations, I get to work with our local, state, federal, and international law enforcement partners striving to make our communities safer. What I love most about my job is the breadth of the work we do, which Fletcher prepared me for tremendously. On any given day, I may be working on projects related to cryptocurrencies, underground banking, or weapons smuggling. Currently, I support our Counter-Proliferation mission investigating violations of International Traffic in Arms (ITAR) Regulations and export laws governing dual-use technologies. Even though I am assigned to a domestic field office, I get to work on transnational security issues daily while making my hometown of Chicago safer. I didn’t focus on Security Studies as a student, but Fletcher gave me the skills to confidently dive into the unfamiliar and be successful.

While I don’t run into many Fletcher grads in the streets of Chicago, we do run into each other in some of the most unexpected places. I ran into one of my fellow Fletcher mafia alums at 6 a.m. at my hotel while deployed to the Southwest border. Every work trip to Washington D.C. always includes highly anticipated Fletcher reunions, both planned and spontaneous. Much of my Fletcher family is spread out around the world doing incredible work, but I know it’ll be like no time has passed when our paths cross. Looking back at these past five years, Fletcher played a transformative role in my journey, and I am a proud member of the Fletcher mafia.