A bunch of years ago, a task that was tossed my way was to sift through boxes and boxes of photos and figure out which should go to the Tufts Digital Library.  There were all sorts of gems in there and I had some favorites.  Here is one.

Fletcher welcomed its first students in 1933, which would make this a photo from the sixth academic year.  Compared with the students of today, there are more suits and a higher proportion of men in this group photo.  I can’t even tell where it was taken.  Some room that has been renovated many times in the intervening years, I suppose.

There are plenty of other Fletcher pix in the archives.  Have a look and find your own favorites! 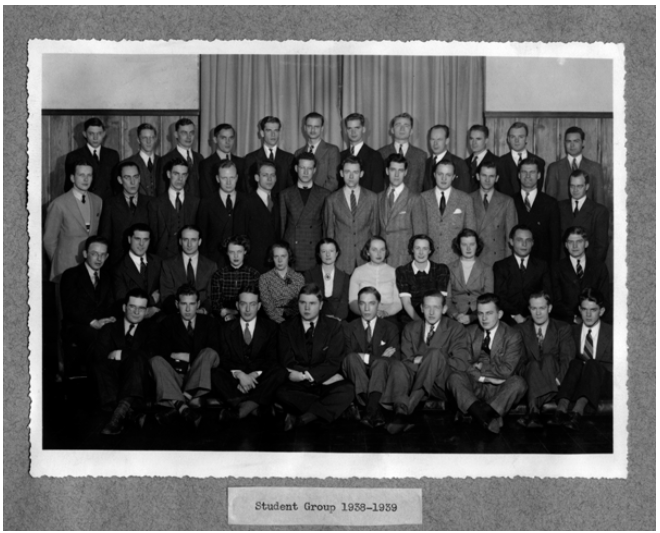