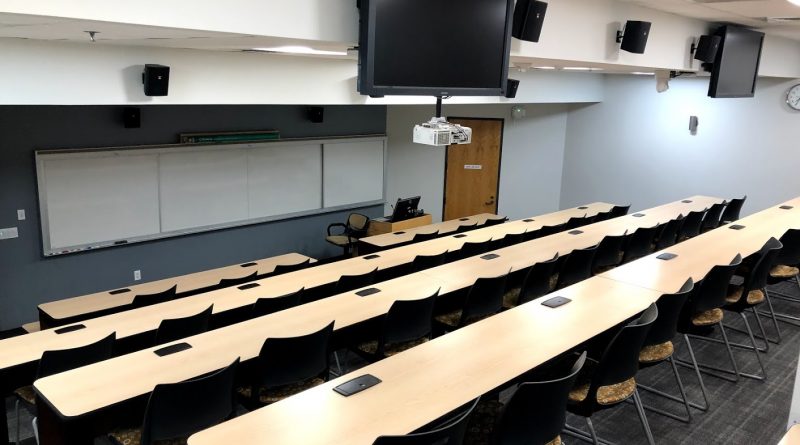 As physical visits to Fletcher aren’t currently possible, this series attempts to provide the next best thing in the form of a blog-based virtual tour. Today we’ll check out a couple of the larger classroom spaces.

In two years at Fletcher, most students will take classes in a variety rooms. Spaces at Fletcher range from auditorium-size to much smaller conference and breakout rooms more suited to seminar-style courses. There are a handful of classrooms in which most students will find themselves pretty frequently, though, mainly because their space is the most flexible. Large enough to accommodate popular foundational courses, but not so cavernous to make holding a ten to fifteen person class feel silly, these are the workhorse spaces of academic life at Fletcher. 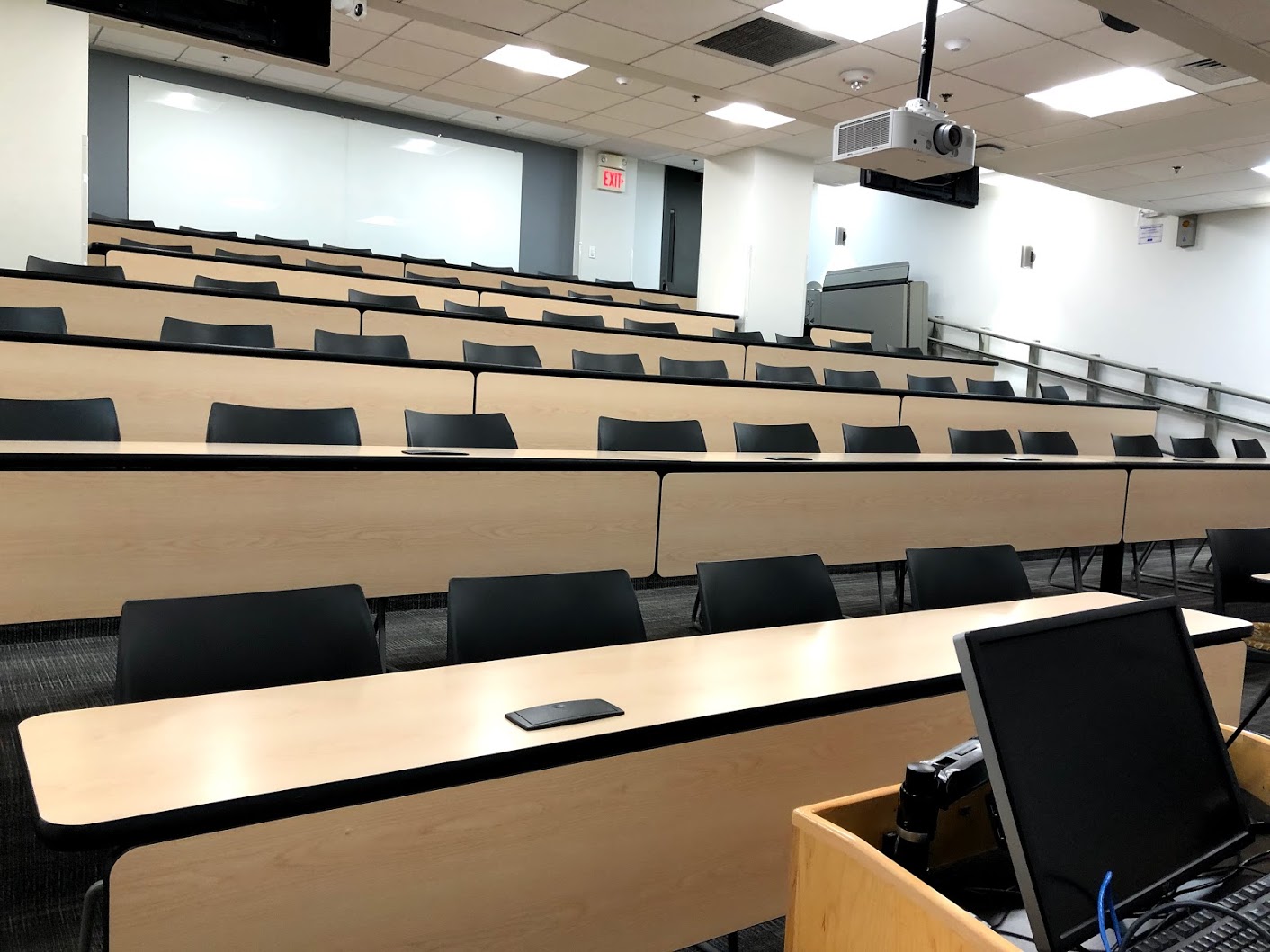 Take the Cabots, as they’re often called collectively, at least by me. These twin classrooms are located off of the Hall of Flags, and are at the center of the action both physically and intellectually. I’ve been wandering around Fletcher for over ten years now, and I still haven’t internalized which is Cabot 205 and which is 206, so “the Cabots” is a helpful catch-all. The Cabots were refurbished a year or two ago, and now feature much more comfortable seating. In my student days, a professor 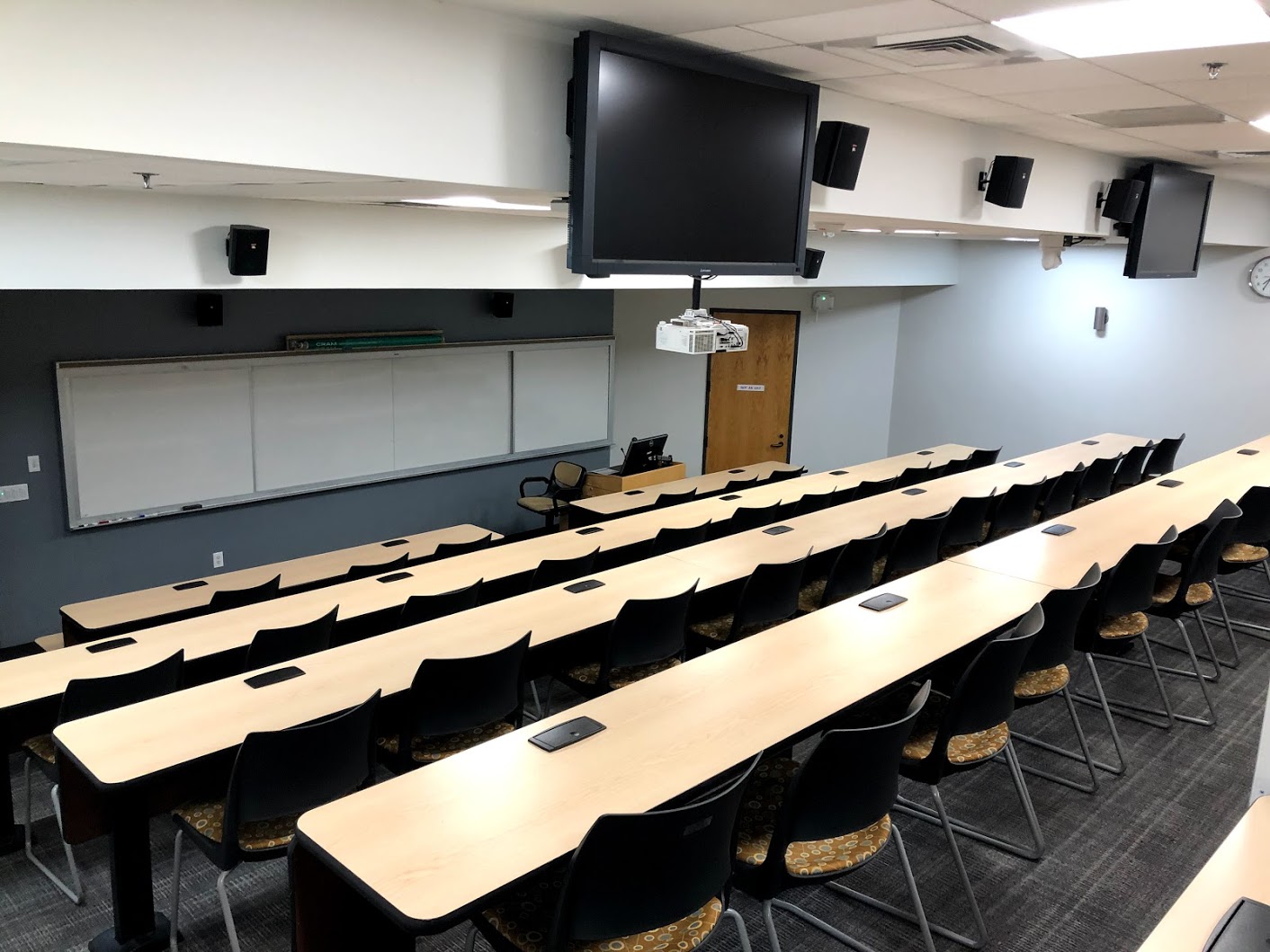 once chastised our class for slouching until a student delicately pointed out the difficulty of sitting up straight in seats that featured accordion hinges halfway up the spine. Today’s students have no such excuse. Other benefits of the Cabots include power outlet access at every seat, auxiliary monitors toward the back rows to make following slide presentations easier, and a good line-of-sight from nearly every seat. I say “nearly every” as there are a couple seats in each room partially obstructed by a pillar, but we’re not talking Fenway-under-the-mezzanine. A few students per year learn the hard way that Professor Kowalczyk is savvy to those trying to avoid his infamous cold calls by hiding in these seats. 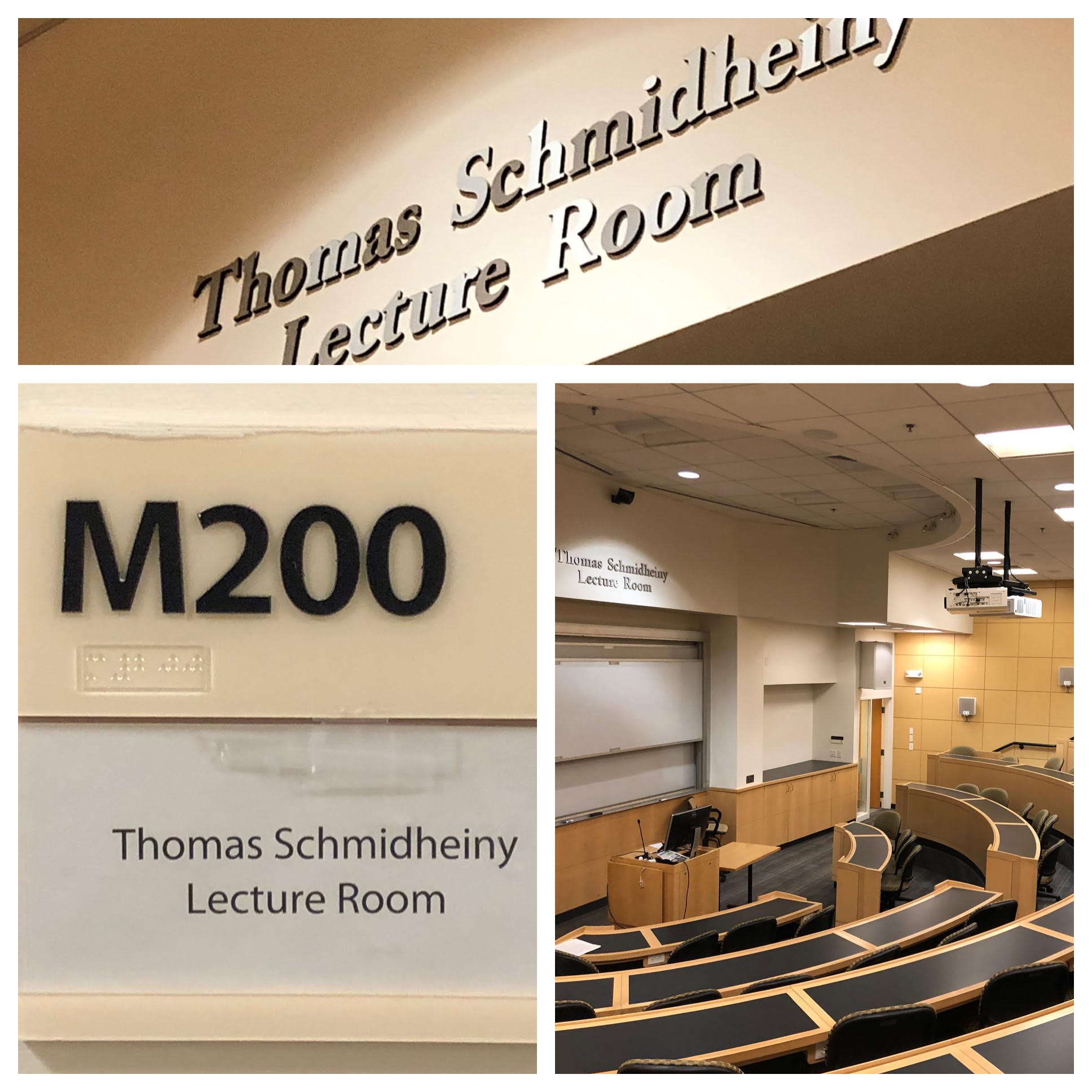 The next-biggest classroom is the Thomas Schmidheiny Room. Occasionally known as “Schmidheiny,” and much more commonly known simply as “Mugar 200” or “M200,” for my money it’s the nicest classroom at Fletcher. It accommodates standard lectures well, but its space is also fluid enough to allow for small group work and presentations, as well as administrative events that may involve food, registration, or displaying a variety of printed materials.

It’s common for students to associate these rooms (and most classrooms) with particular courses. To me the Cabots evoke the late Prof. Bill Martel providing updates on New Hampshire skiing conditions before each class, and struggling through STATA reports in Econometrics. Many other students probably can’t think of M200 without having Corporate Finance flashbacks. Enroll at Fletcher and you’ll undoubtedly find yourself quickly forming your own associations with these spaces.