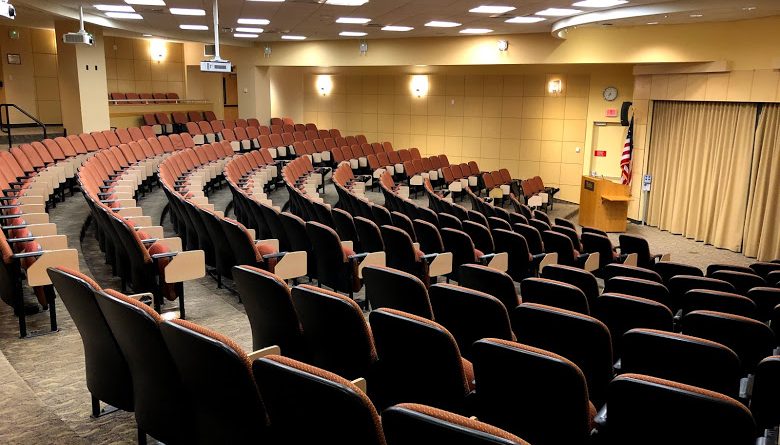 As physical visits to Fletcher aren’t currently possible, this series attempts to provide the next best thing in the form of a blog-based virtual tour. ASEAN Auditorium is our next stop. 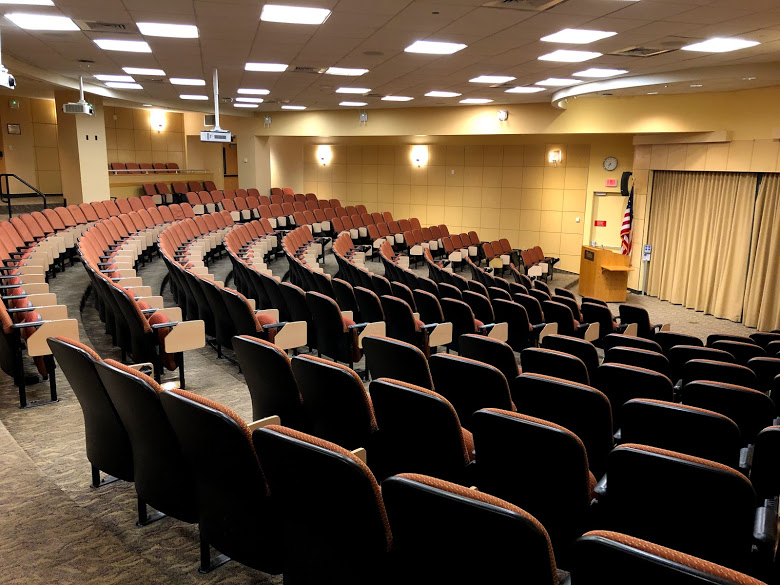 Welcome to ASEAN Auditorium, located off the mezzanine of the Hall of Flags. My shameful confession at this point in our tour is that I have no idea of the history of ASEAN’s name. I would love to tell readers that the Association of Southeast Asian Nations was founded at Fletcher, but that would neither be true nor make any sense (for trivia buffs: the ASEAN Declaration was signed in Bangkok in 1967). So we’ll just note that ASEAN is a major diplomatic body, Fletcher is a school of diplomacy, yada-yada the deep background, and move along.

Known colloquially simply as “ASEAN,” this space is where “the big stuff” happens at Fletcher. That’s big both in terms of size and importance. Convocation, major lectures, conference plenaries, and several orientation events all take place in ASEAN. It’s the one indoor space that can accommodate a solid plurality of the entire Fletcher community all at once (other than maybe the Hall of Flags, but that’s in crowd rather than seated format). The odd survey-level class will set up shop in ASEAN, too, but mostly it functions as a large-event space. 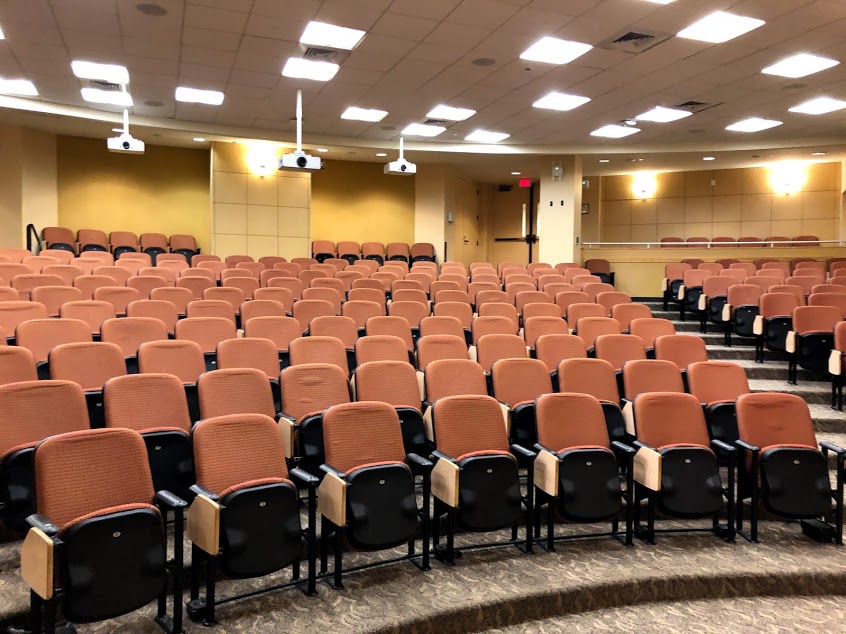 ASEAN is so useful, in fact, that Fletcher actually shares it with the larger Tufts community. Though it’s located in the Fletcher building, it’s not just “ours.” The Tufts Office of Undergraduate Admissions uses ASEAN for its larger information sessions, and the occasional course, lecture, or conference from another part of Tufts will take place here from time to time. It can be momentarily confusing to see a line of several hundred people filing in or out of ASEAN on occasion like ants at a picnic, but its spaciousness means multiple points of ingress and egress, and the periodic crowds are rarely disruptive to the Fletcher day-to-day.

Some ASEAN seating protips: there are restrooms located just outside each of the room’s side doors, so the seating blocks along the sides provide the quickest and most discreet mid-event exit and entry opportunity. The rows in the center block of seats are loooooong (20 or more seats in some cases), so if you end up in the middle you should be prepared to stay awhile.