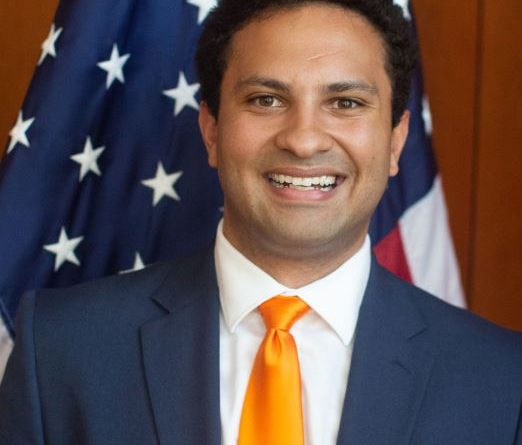 It was such a pleasure to hear recently from Rami, a 2019 Fletcher grad and great friend of the Admissions office. During his Fletcher tenure one couldn’t spend much time here at all without eventually bumping into Rami, usually on the way to or from one of his many involvements at the school. A particularly nice person in a community of nice people, Rami has unsurprisingly gotten off to a great professional start with his Foreign Service career:

Greetings from sunny Banja Luka, Bosnia and Herzegovina! It’s hard to believe that more than a year has passed since I graduated from Fletcher. If you had told me on graduation day that, in summer 2020, I would be heading to perhaps the State Department’s most fascinating post, I would have laughed in disbelief. That I made such a move during a global pandemic makes the story that much more far-fetched. But let me back up a few years.

Coming to Fletcher as a Rangel Fellow, I knew I was bound for the U.S. Foreign Service. My path was typical in some ways—I had done advanced language study, received a Fulbright, etc.—but different in others. My undergraduate degree was in French literature, I had taken no international relations courses in college, and I had an unacceptably vague idea of what I wanted to study. I entered with concentrations in International Organizations and the United States, although I was far more wedded to the former than the latter. And that was a good thing, because one course changed the trajectory of my Fletcher career: Law and Development with Professor Jeswald Salacuse.

As a course, Law and Development is simultaneously broad and specific. At the macro-level, it examines the theoretical relationships between laws—subnational, national, and supranational—and economic development. The thesis of the class, namely that legal systems enable (or impede) development, might not sound earth-shattering; however, it is when you take into account the fact that very few legal scholars and development practitioners actually pause to consider the concrete ways in which strong legal frameworks can facilitate foreign investment, knowledge transfer, and so much more. In this way, on a micro-level, Law and Development uses case studies to show instances in which changes in laws or legal procedure directly contributed to economic development. In fact, the course, thanks to Professor Salacuse’s wealth of experience, draws on myriad examples from Africa, Asia, the Middle East, and the former Soviet Union. (Yay for the use of historic and contemporary examples!) But more on Law and Development and its influence on my current work later.

About a month after graduation, I moved to Washington, D.C. to start the vaunted A-100. This six-week diplomats for dummies course is (in)famous, with a jam-packed schedule, oodles of briefings from high-level officials across the State Department, and notably strict rules about attire. (I mean, who really wants to wear suits each work day during a Washington summer!?!) But of course the only thing anyone actually cares about during A-100 is Flag Day, also known as the nausea-inducing ceremony when everyone finds out in front of family, friends, and senior department leaders where they will be spending the next two years of their life. In my case, the agony was short-lived. Thanks to the randomizer powers that be—yes, the assignments are announced in a random order—I was called second. And I probably received the most beguiling first post anyone could have: Deputy Director of the U.S. Embassy Branch Office in Banja Luka, Bosnia and Herzegovina. That I bid the position high was icing on the proverbial cake.

So what, pray tell, do I do in a job with a seemingly highfalutin title? Well, after 10 months of language, area studies, and tradecraft training—basically more diplomats for dummies classes, except for language, which is no joke—I can tell you. In short, I am a jack of all trades but a master of none. At least on paper, I track and report on all economic issues in Republika Srpska, one of BiH’s two entities. I also advocate for U.S. businesses who want to invest here and engage in outreach activities with youth and alums of State Department programs like IVLP. In practice, my job changes every day. Yesterday, for example, I had internal meetings to discuss upcoming travel plans, then visited the site of an event we’re holding later this week, and finally met with my supervisor to determine what my work priorities will be over the next year. Today, I have meetings with some of our economic contacts, after which I will take care of several anodyne administrative matters, review briefing materials, and then brainstorm events for the new fiscal year with our American Corner staff in Banja Luka. I can therefore say with a straight face that no two days are the same, maybe except for the deluge of emails that comes with working in a large bureaucracy.

Similarly, I can say that what you learn in the classroom at Fletcher applies directly to what Foreign Service Officers do. As I mentioned, two major parts of my portfolio are tracking economic issues and advocating for U.S. businesses. I often think back to discussions my colleagues and I had in Law and Development to frame my understanding of the challenges and opportunities the BiH market poses. In practical terms, this does not mean I sit at my desk philosophizing; rather, that means I identify specific strengths and pain points of the BiH economy so that I can intelligently and persuasively talk with my interagency colleagues, as well as business owners. Knowledge is power, and it’s my job to make sure everyone has up-to-date information.

I also draw upon things I learned in Jette Steen Knudsen’s Work and Employment Relations, which is one of Fletcher’s most underrated courses. In the class, we discussed the ever-changing relationship between employee and employer, especially within the context of globalization. Working now in a country where brain drain is an acute issue, I use my nuanced understanding of labor markets and drivers of migration, among other things, to inform my reporting on youth and economic development challenges in my geographic area of coverage. Absent Professor Knudsen’s excellently curated and artfully taught course, I would be scrambling to understand the complex dynamics at play here in BiH, and across the West more broadly. 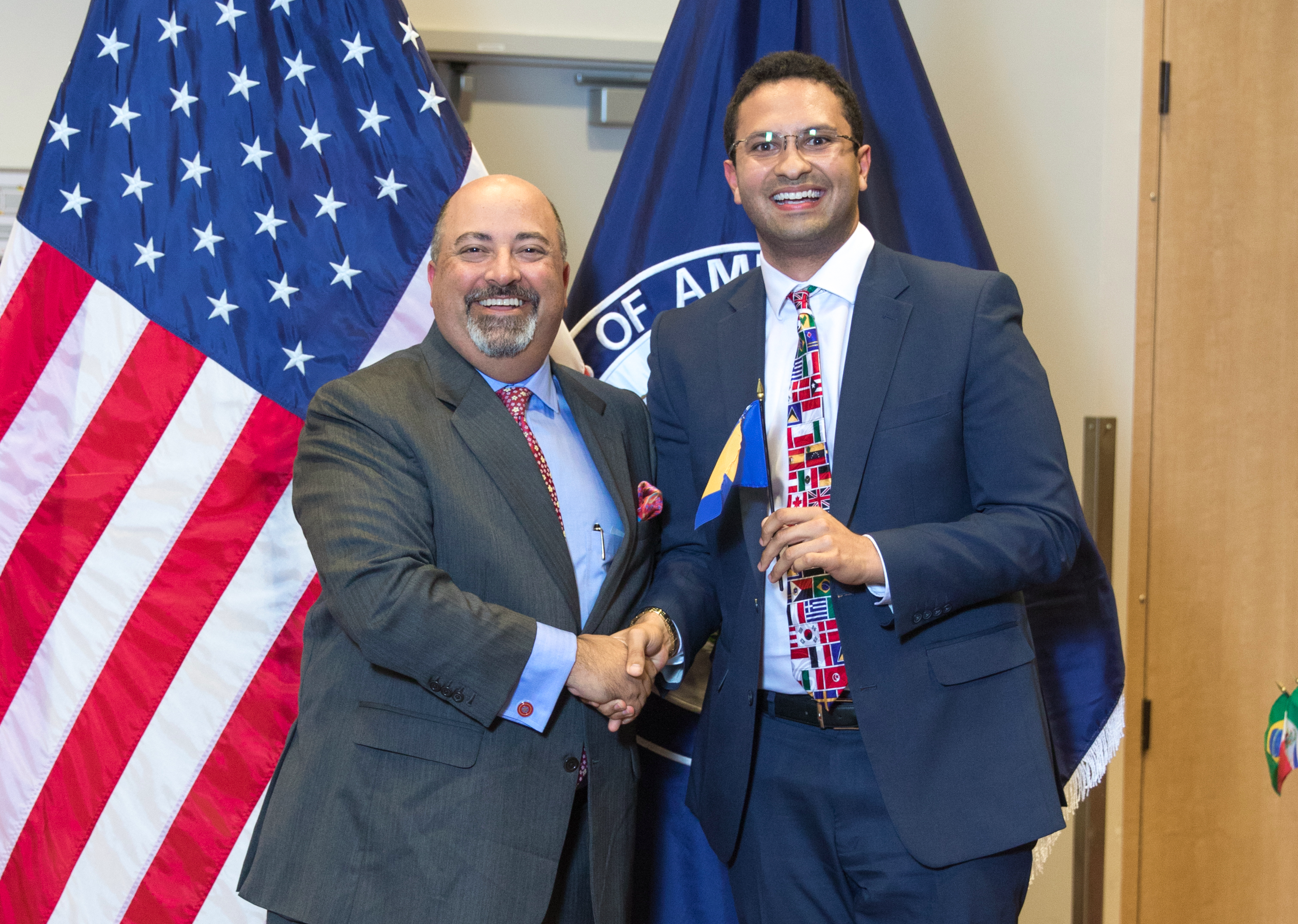 In the interest of brevity, I’ll stop here and leave you with some advice. The first is to attend Fletcher. You will have an incredible two years, during which time you will meet and befriend successful, intelligent, and genuinely nice people from across the globe. Second, once enrolled, take a class (or two, or three …) that you find interesting but that might not be up your professional alley. You never know what you might uncover. Last—and certainly not least—(re)commit to improving your writing skills! As a student reader on the MALD & MA Admissions Committee for two years, I can tell you that nothing impressed me more than a cogent personal statement free of errant commas, misused semicolons, and vague pronouns. For those of you who are already strong writers, keep going! For those of you who need some help, that’s one reason grad school exists! And for those of you in blissful denial, know that once you hit the workforce you will be judged based on your writing. There is no time like the present to hit the reset button.

Now, with all that chiding in the books, sign on that dotted line and join the Fletcher family! We have delicious food (see previous blog posts on Fletcher Feasts), unique traditions (e.g. Dip Ball, culture nights, AFSWYD, etc.), and an unbeatable community in which everyone can thrive. Vidimo se uskoro, whether in the Hall of Flags or the hallowed halls of the Harry S. Truman Building!