Gary is an old friend of the Admissions Blog, having been a regular student contributor during his PhD student days. It was of course a delight to hear from him recently with this update.

The Ph.D. program’s take-over of the Admissions Blog in early April gave me the motivation I needed to put fingers to keyboard and provide an update of my own!

When you last heard from me, I was wrapping up my time in residence at Fletcher and preparing to move south from Boston to Washington, D.C. That all happened, and I started working at the Pentagon in July 2019.

Since then, I’ve worked a couple of different jobs, made some crucial academic progress, and like everyone, learned to live in an era of pandemic disease. I also achieved a significant career milestone.

Let’s start with work. In 2015, I wrote an article that argued that the Marine Corps needed to “go beyond Joint” and expand into interagency affairs. But when I wrote the article, I had yet to officially serve in a Joint military assignment (meaning in the context of a multi-Service or multinational command or activity responsible for the integrated employment of land, sea, and air forces of at least two of the three military departments).

To remedy this gap in my experience, I began my immediate post-Fletcher service working for Fletcher alumnus General Joseph Dunford (F’92) on the Joint Staff at the Pentagon. I served as one of his speechwriters for about three months until he retired after a distinguished career of more than four decades of active duty service as a U.S. Marine Corps officer. Among other things, General Dunford is now a senior fellow at the Harvard Kennedy School. 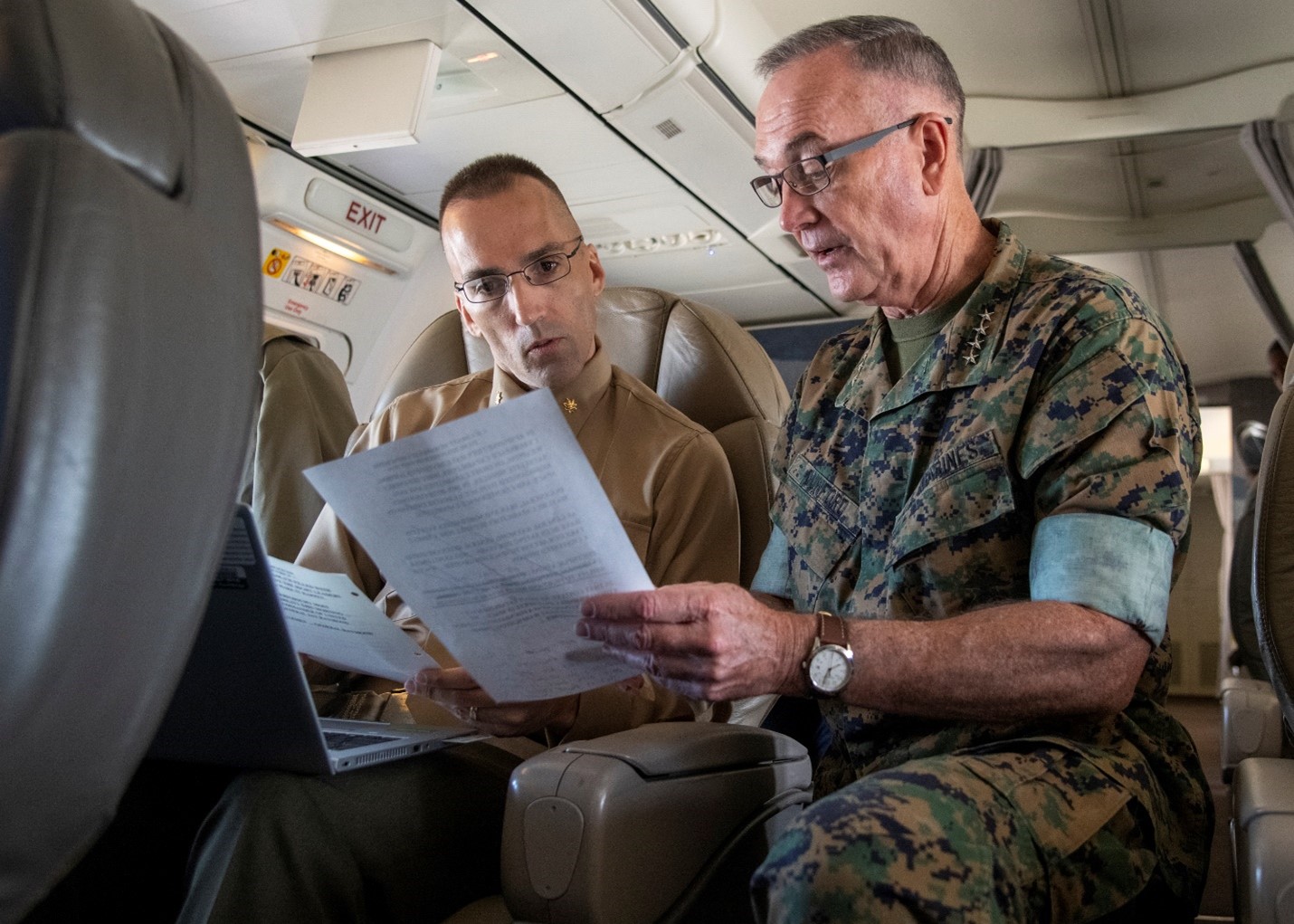 And as expected, when General Dunford retired, I was among the staff members who transitioned to working for a new Chairman of the Joint Chiefs of Staff, U.S. Army General Mark A. Milley. I learned that General Milley, like General Dunford, also hails from the Boston area, growing up playing hockey just a stone’s throw from Tufts in Winchester. He attended high school in Belmont before enrolling at Princeton and commissioning as an Army infantry officer. Four decades later, he ascended to the pinnacle of the uniformed military. 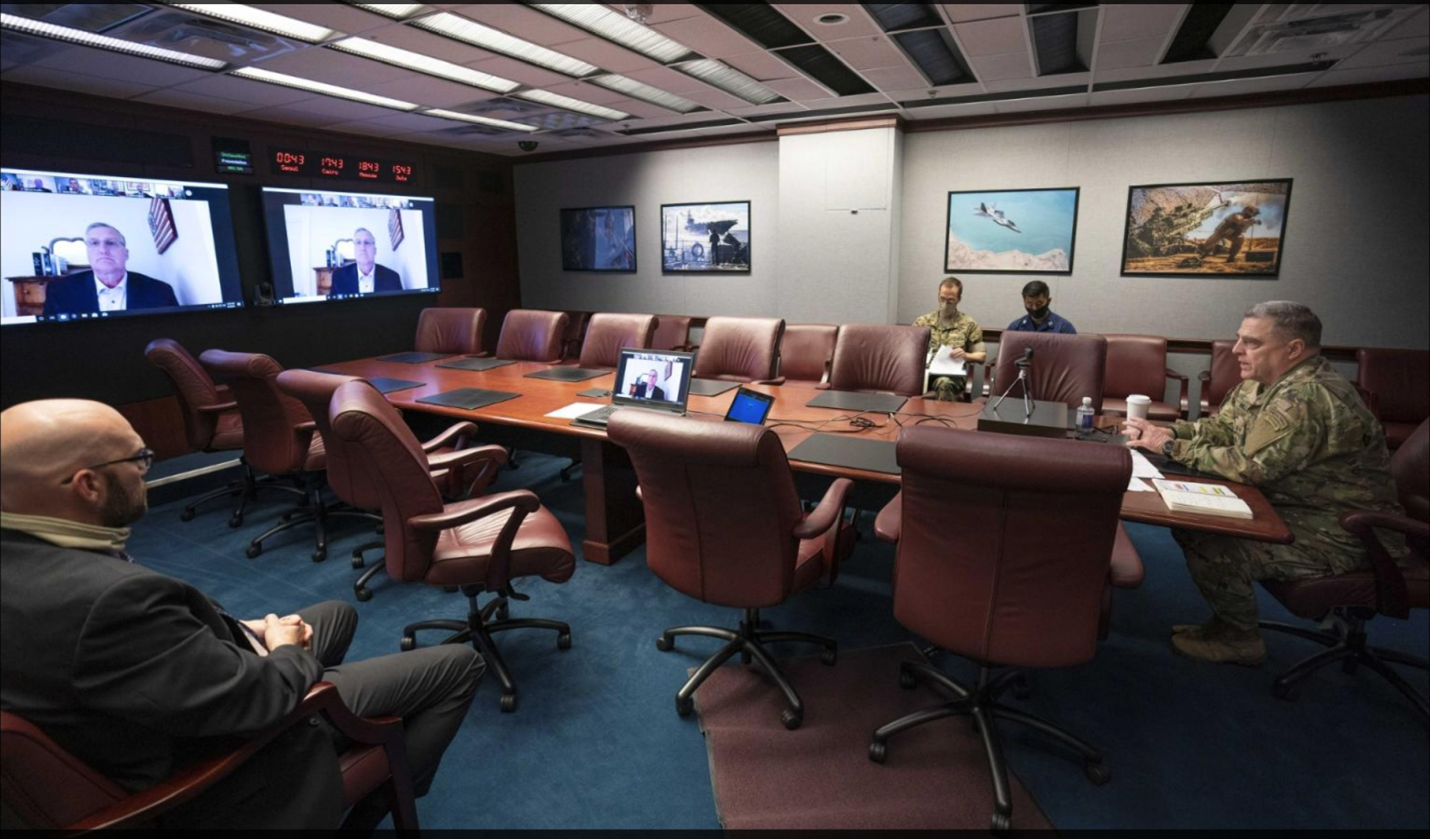 Figure 2: Gary (rear center) at a video teleconference between General Milley (right) at the Pentagon and a group of national security fellows at Harvard University, May 2020

I worked for General Milley for his first year in office, during which time the most notable speech I helped produce was his commencement remarks to the National Defense University on June 11, 2020. Then one of those D.C. “right place, right time” things happened to me – the Marine Corps nominated me to be its first representative to a new group recently stood up in the Office of the Secretary of Defense (OSD): the OSD Red Team, an “organizational element established to provide the Secretary and Deputy Secretary of Defense insights on adversaries’ highest level perspectives and potential actions to inform strategic-level DoD activities.”

As I write this post in mid-May, I’ve been with the Red Team for about eight months. It’s been a terrific opportunity to work alongside highly competent and knowledgeable colleagues drawn from all military services and several agencies from within the U.S. Intelligence Community. The impact of our work is evident and brings a great deal of satisfaction. We have many opportunities to work with interagency partners, as I wrote about in my 2015 article.

For my next assignment, which will begin sometime this summer, I will work at the Marine Corps headquarters at the Pentagon, leading a small group that provides daily intelligence briefings to the Commandant of the Marine Corps, General David Berger (whose visit to Fletcher during the fall 2017 semester I wrote about here), and other senior Marine generals and Department of the Navy officials. I expect to serve in that role until the summer of 2022. Coming immediately after assignments on the Joint Staff and in OSD, I’m excited about bringing some of what I have learned back to my parent Service.

Moving on to the academic front, I’m happy to report that in March 2021, the Fletcher Ph.D. Committee officially approved my dissertation proposal. It took longer than I’d hoped to reach that milestone, but working full-time at the Pentagon sometimes makes it a challenge to devote as much time towards research and writing as I’d like. Regardless, I remain entirely committed to completing the doctorate, and I’ll keep plugging away until I do.

Regarding COVID, my family and I thankfully have remained healthy and avoided infection. But we joke about my having been with a group of scholars on U.S.-China relations visiting several locations in China and Hong Kong during January 2020, just as the disease was spreading from Wuhan. Later, I was with the same group in Seattle on the weekend of the first U.S. death from COVID – a couple of near misses! 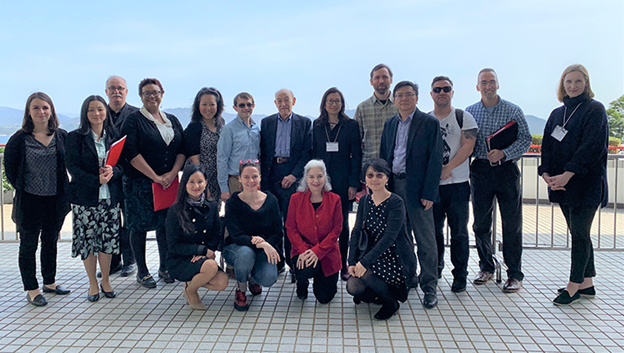 Figure 3: Gary (second from right) with half the cohort of Public Intellectuals Program Fellows of the National Committee on U.S.-China Relations, at the Hong Kong University of Science and Technology, Hong Kong Special Administrative Region, People’s Republic of China, along with program staff and advisors in January 2020

Finally, a couple of somewhat related pieces of good news I’d like to report: First, this summer, I’ll begin a year as a member of the second cohort of Hans J. Morgenthau Fellows with the Notre Dame International Security Center, learning about grand strategy and its use in contemporary national security matters. 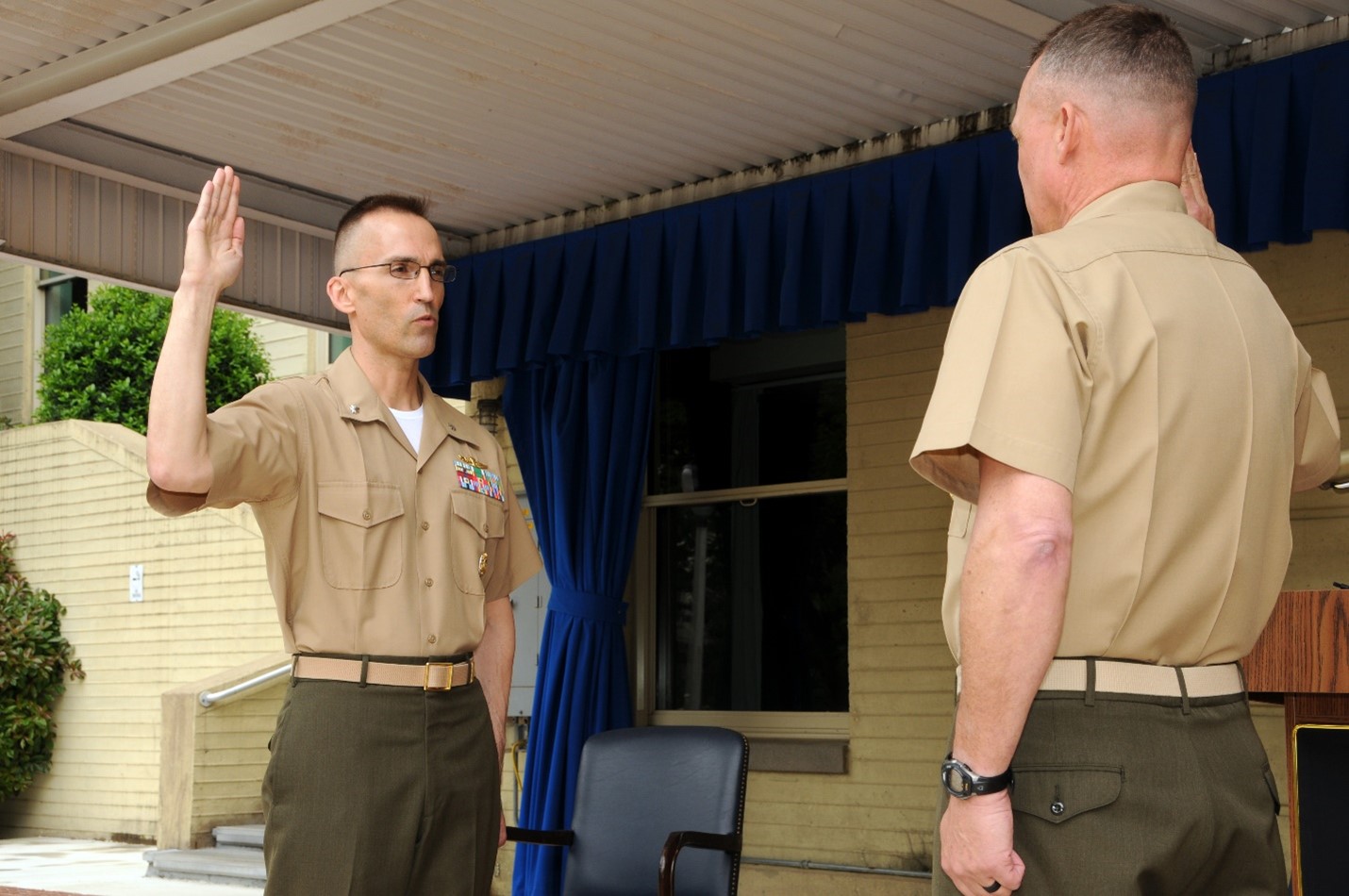 And last: on May 3rd, I was promoted to lieutenant colonel in a ceremony at the Pentagon officiated by the Marine Corps’ most senior intelligence officer, Lieutenant General Michael S. Groen, who is currently serving as the Director of the Joint Artificial Intelligence Center. I’m proud of this career milestone that will allow me to continue to serve as a member of the Joint Force for several more years and in positions of greater responsibility.

Until my next update…