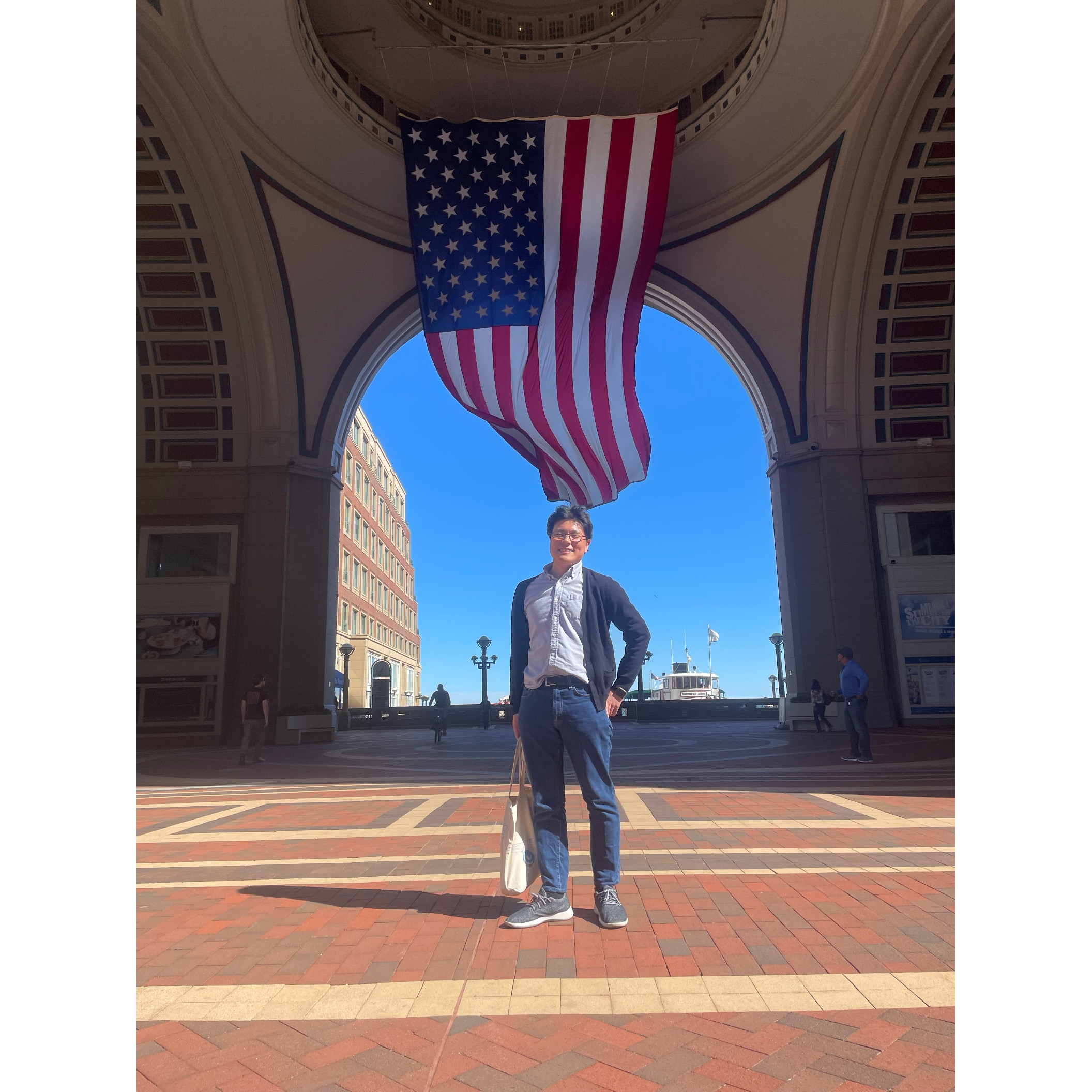 Hello everyone! My name is Aki (he/him/his) and I am a first-year MALD student. My fields of study are International Development & Environmental Policy and International Business. I am so glad to share my experiences at Fletcher.

Seven years after graduating from University with a Bachelor of Arts in Law in Japan, I am coming to Fletcher. I would like to introduce what inspired me to study at Fletcher. In my university days, my major was political science and law. I was curious about International Relations such as the strategies of Europe and the US and theories that try to explain situations in the world. In addition, I was interested in the Japanese energy policy because it had to change ways after natural and nuclear disasters in Fukushima occurred in 2011. At that time, I was not curious about studying abroad. On the other hand, some of my friends went abroad so I heard some school names including Fletcher.

After graduation from my university, I worked for the government in Japan for seven years. Although I attended some work teams, from reviewing budget policies to purchasing and distributing medical gowns for dealing with COVID-19, my experiences in Support Team for Residents Affected by Nuclear Incidents encouraged me to study at Fletcher.

When I joined the team, we tried to make documents against the dispelling rumor. When we search the word “Fukushima” on Google, it shows some serious scenarios from 2011, which are not the current situation. This was the first time I realized the existence of foreign countries in my work experiences. I really wanted to tell exact information and change this situation. We tried to collaborate with different sectors to create positive actions. When documentary films and news claimed information that was not factual, we went to some companies. Finally, we held several meetings and organized documents. What I remembered about this team is understanding the difficulties and potential of collaborating with the private sector.

After, we reviewed the current radioactive situation in Fukushima and drafted documents to lift some evacuation orders and reopen a local train. I talked with a lot of professors outside and inside Japan. However, I was shocked that I felt some of them didn’t know the current situation even though they came to Japan several times a year. I realize that I need to convey the situation continuously and use English. 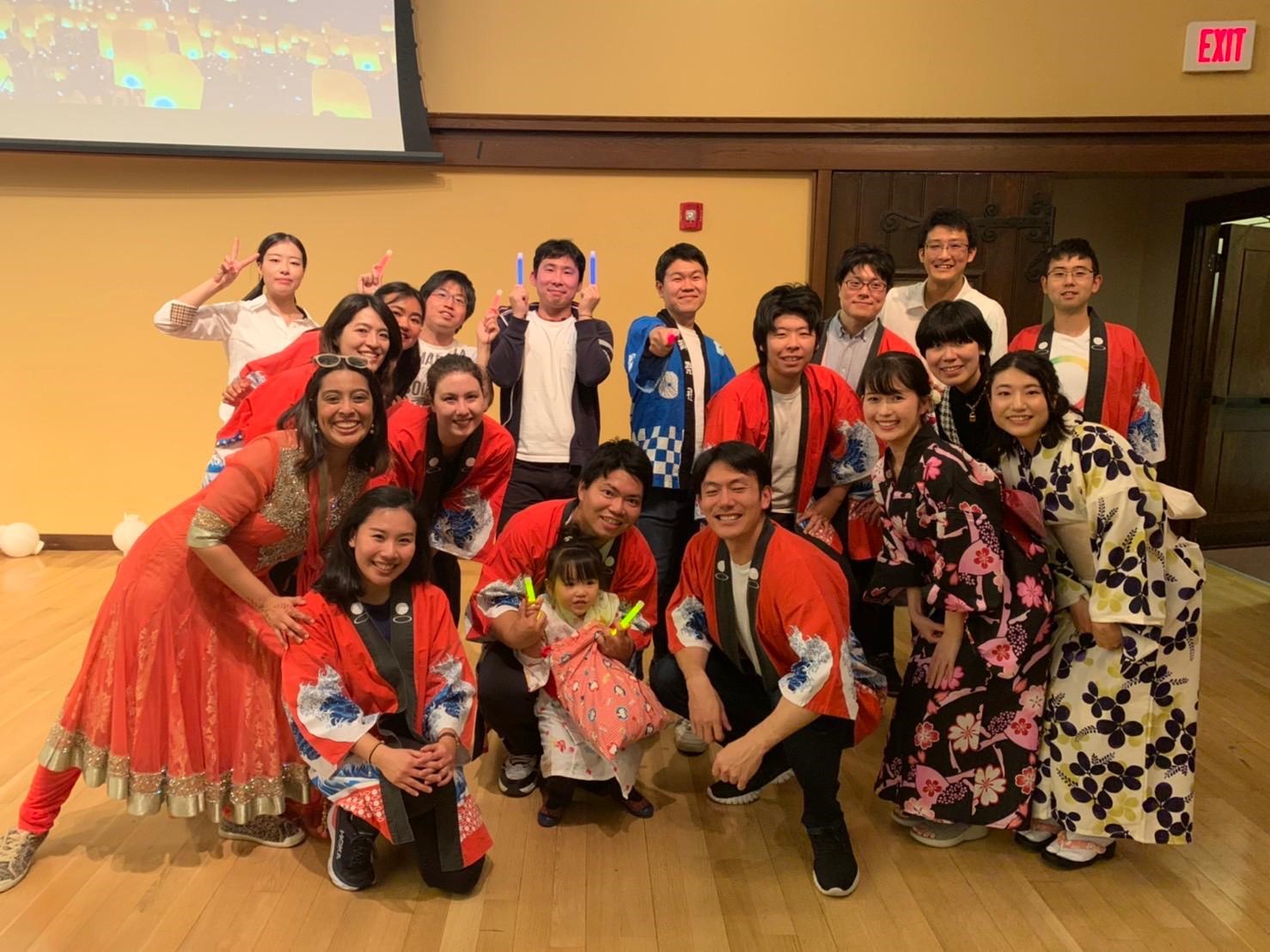 During my work in that team, I remembered a phrase that an official said to me; “This town is a developed area of aging problems.” The ratio of young people who returned to their hometowns in these areas is much smaller than that of elderly people. Each town tries to encourage young people to live there, but I heard about their difficulties. Furthermore, I think this problem may happen around the world even though the pace depends on current population situations.

I visited and thought about only some areas in one prefecture, not around the world, but I found lots of problems including future potential ones. Also, each problem involves a lot of perspectives. Since then, I have wanted to search for possible ways to seek hope in their daily lives even in the phase population decline. Now mainly developed countries face aging societies, but in the future this problem will become common worldwide. These experiences encouraged me to study abroad to broaden my perspectives.

Now I’m in the Fletcher school, where I can concentrate on studying because of the flexibility of the school. This is the first semester, so I’m taking classes in law, finance, and economics. These classes are harder than I imagined. However, I believe that the next two years will be memorable and transformative, and I am so excited to learn and grow with everybody. I hope my story will resonate with someone thinking about graduate school. Until next time!