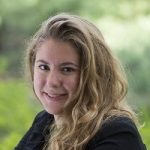 I was happy to hear recently from Professor Cheyenne Scharbatke-Church, who runs a Corruption in Fragile States blog. She highlighted a post by recent Fletcher graduate Hope Schaitken (F18), currently in Timor-Leste with Mercy Corps. I’m glad to have the opportunity to share Hope’s post as an example of the types of work our alumni are doing around the world:

The Cinderella of the Sensitivity Fields: Why Corruption Mainstreaming Has Been Ignored in Development Programming

I emerged from graduate school a little over a year ago with a theoretical understanding of corruption, conflict analysis, development, and the interaction between the three and was keen to have the opportunity to apply them in practice. Work immediately after graduate school with the Corruption, Justice and Legitimacy project helped me deepen my understanding of the way that social norms can cause or enable corrupt behavior (see here, here), particularly in fragile settings. While this work helped inform my understanding of corruption, conflict analysis, and development, I found myself not yet confident enough in my own skills to claim sectoral expertise in any of the three. 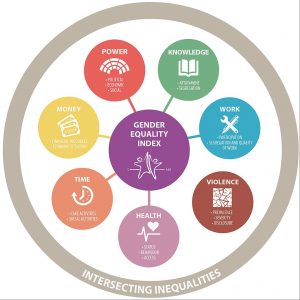 But fewer organizations I’ve encountered explicitly consider and deal with corruption, the reasoning often being that they fear blowback from the governments and partners with which they work – in the form of retaliatory red-tape, visa or permit withholding, or targeted intimidation. Though development organizations are starting to improve their emphasis on sustainability through emphasis on government partnerships, ignoring the complex issue of corruption can undermine the very development that the program creates.

Why should my agriculture/ empowerment/ electricity/ etc. program consider corruption?

While some organizations are considering gender equity and conflict sensitivity as cross-cutting themes, corruption considerations receive far less attention. Though I’m new to the development sector, I already see this in the email listservs I subscribe to, the meeting agendas I receive, and the job postings that I follow. Despite working in Timor-Leste, where corruption is frequently recognized as a significant problem that inhibits economic growth, I have not yet encountered an organization which moves past acknowledging the problem. 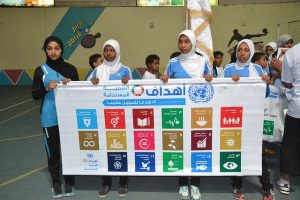 Evidence also shows that when we ignore corruption, it can have disastrous effects – not only does it inhibit the ability of programs to reach their goals, it can have actively negative consequences, keeping those at the bottom at the bottom, and rewarding those already at the top. It is not a huge leap to then conclude that corruption considerations need to be mainstreamed, potentially in similar ways that gender-equity and conflict sensitivity considerations have been.

Recommendation 1: Do away with “silo thinking” when it comes to anti-corruption

Even if your program, on its face, has little interaction with corrupt behavior or institutions, it is still worth considering corruption. Programs that aim to strengthen or work through government institutions and private companies, without analyzing corruption, can inadvertently reinforce that corruption.

A line of inquiry around corruption is a must, especially in development programs operating in fragile or conflict-affected contexts. Even if your program is focused on changing agricultural production or sexual health practices, you might still consider how corruption factors into the context in which you’re working, through robust conflict analysis. Young professionals might then, if contextually appropriate, use this analysis as evidence to advocate for the inclusion of anti-corruption elements in programs operating in fragile or corruption-affected states.

Development organizations and donors often engage in “good governance” programming, which among other things may aim to address corruption as one piece of the pie. In my experience, “good governance” programming generally aims to make governments more responsive to the needs of their citizens, but does not always integrate anti-corruption components, i.e. stopping the abuse of entrusted power for personal gain.

While citizen accountability is certainly a laudable goal, “good governance” programming that does not include consideration of anti-corruption efforts might never achieve its goal once implemented. We know, for example, that simply calling out corrupt behavior or making it more visible can actually increase the prevalence of corruption. Thus “good governance” programming, especially in fragile or conflict-affected contexts, should consider incorporating explicit anti-corruption elements, which should be grounded in good social norm change theory (see here and here).

Recommendation 3: Advocate for a corruption lens among competing priorities

Development work is hectic, under-resourced, and understaffed, with programs starting already behind schedule. Development organizations and donors are justifiably comfortable working with approaches and within sectors that are familiar to them. And corruption is not a simple problem with easy solutions – it can be highly political or appear culturally intrusive. Many people in positions of power may say they lack the time to adopt new lenses or to consider nebulous problems like corruption. This problem is especially intractable for young professionals, already low in the pecking order, who may lack the confidence or influence to advocate for including a corruption lens.

Evidence can provide that power. Sharing examples and evaluations of development programming that incorporates a corruption lens is key. Passing this research on to those with more decision-making authority is a must. To those who cite fear of blowback – remind them that 20 years ago, many governments likely used the same scare tactics towards gender equity and social inclusion programming. Fear of retaliation should not stop us from mainstreaming corruption.

What’s my role, as a young development professional?

Hope Schaitkin graduated from The Fletcher School of Law and Diplomacy at Tufts University in 2018, where she received her master’s degree in gender analysis and human security. Hope’s master’s thesis analyzed the conflict implications and economic benefits of a proposed infrastructure project in Helmand, Afghanistan. Before Fletcher, Hope worked for an international development contractor in Boston, MA and in Kabul, Afghanistan. Hope received her Bachelor’s degree from Tufts University, where her thesis focused on the environmental impact of Chinese development assistance in sub-Saharan Africa. Hope is currently completing a fellowship in gender and M&E with Mercy Corps in Timor-Leste.